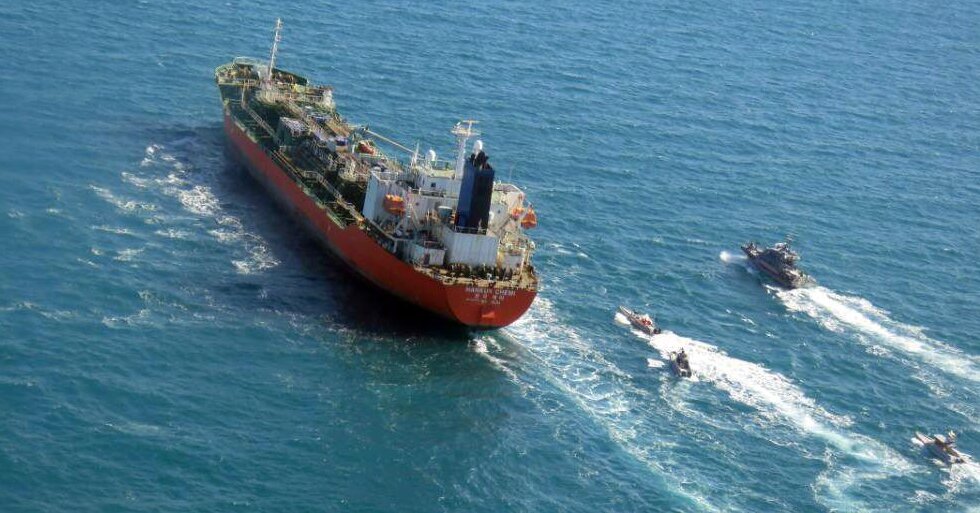 South Korea will send a delegation to negotiate the release of a ship and its 20-member crew after the vessel was seized by Iranian forces, officials said on Tuesday, the latest development in a provocation by the government in Tehran, which has been economically isolated by U.S. sanctions.

Iranian officials said the ship was detained in the Persian Gulf by the Islamic Revolutionary Guards Corps because it had violated environmental protocols and was polluting the sea, according to Iranian state news agencies. The ship was carrying 7,200 tons of chemicals, mostly methanol, according to the South Korean company that owns it, which has denied that it was polluting the waters.

The tensions come as Tehran has sought to pressure the government in Seoul to release about $7 billion in revenues from oil sales that remain frozen in South Korean banks since the Trump administration tightened sanctions on Iran.

But they also follow recent escalation of tensions between the United States and Iran as President Trump’s term draws to a close. Iran said on Monday that it was starting to increase nuclear enrichment levels at a key facility to 20 percent, a step closer to developing the capacity to produce a nuclear weapon. The Pentagon said on Sunday that it had directed the aircraft carrier Nimitz to remain in the Middle East, days after it had ordered the ship to return home, because of Iranian threats against Mr. Trump and other American officials.

Iran rejected allegations on Tuesday that it had seized the South Korean ship as leverage but reiterated its complaint over the locked-up funds. “If anyone is a hostage taker it’s South Korea’s government, which has taken hostage more than $7 billion dollars of our revenues for no reason,” Ali Rabiei, a government spokesman, said at a virtual news conference.

But news outlets linked to the Revolutionary Guards ran front-page headlines on Tuesday linking the seizure of the ship to negotiations with South Korea on releasing the frozen funds. “We captured the thieves,” said a headline on the newspaper Vatan Emrooz. “A clean response to revenue thieves,” said the Tasnim News Agency.

The ship, the tanker Hankuk Chemi, was sailing from Jubail, Saudi Arabia, to Fujairah in the United Arab Emirates when armed Revolutionary Guards approached it, according to Ri Il-su, an official at DM Shipping Co., the company that owns it.

Once aboard, they forced the ship to change course and sail to Iran. “The Iranian troops said they were coming on board for an investigation but didn’t answer questions about what the investigation was about,” Mr. Ri said, who added that the captain of the ship called the company during the seizure.

Communication between the ship and the company was cut off, and the company received an antipiracy security alert notice from the ship, which company officials suspected was activated by the captain as a warning to the ship’s headquarters. Mr. Ri called accusations by Iran that the vessel was polluting waters “absurd.”

The vessel is being held in the port of Bandar Abbas and the case is expected to be referred to the judiciary, Iranian news media reported, citing Navy authorities.

There were five people from South Korea onboard, along with 11 from Myanmar, two from Indonesia and two from Vietnam, according to Choi Young-sam, a spokesman for the South Korean Foreign Ministry.

“Our goal is an early release of the ship and its crew,” Mr. Choi said. “The Iranian diplomatic authorities have also made it clear to us that they will cooperate with us for an early resolution of this issue.”

The issue will also be addressed during a planned visit to Tehran by a South Korean vice foreign minister, Choi Jong-kun, next week, which had been expected to focus on the frozen Iranian assets in South Korea.

The future of relations between Iran and the United States appears to have reached an inflection point as President-election Joseph R. Biden Jr. prepares to take office this month. A security adviser to Mr. Biden said on Sunday that if Iran re-entered compliance with the 2015 nuclear deal that President Trump left in 2018, the new administration would pursue “follow-on negotiation” over Iranian missile capabilities. The U.S. Treasury Department announced additional sanctions on Tuesday, taking aim at Iran’s steel sector.

But on Tuesday Iran accused the United States of setting off new tensions in the region, according to Press TV. “We have made it clear to them that we will not start any war directly or indirectly,” Mr. Rabiei said. “But if a blatant mistake is made by the United States, we will defend our security and vital interests with full force.”