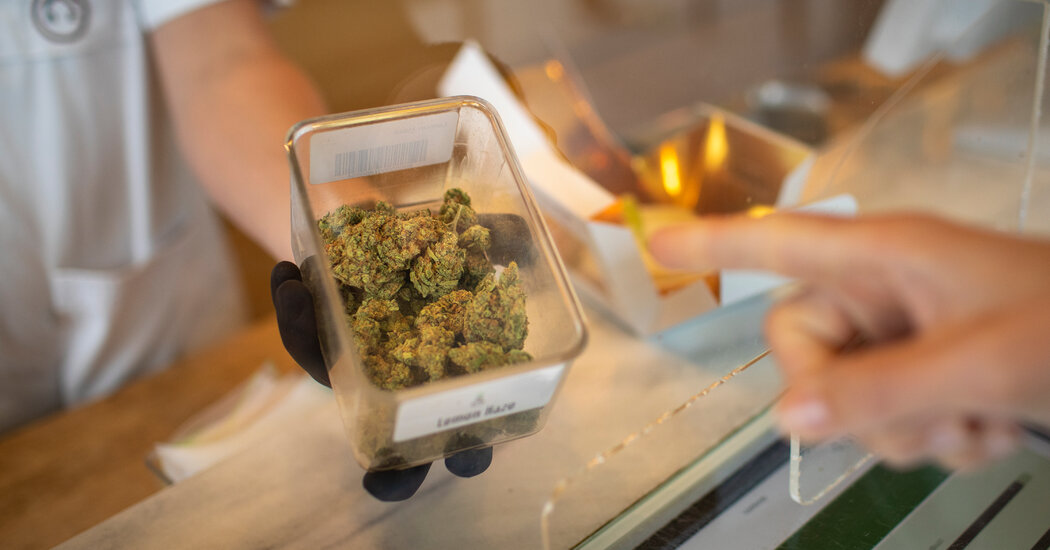 Tourists hoping to light up a joint in one of Amsterdam’s famed coffee shops after the coronavirus pandemic passes are likely to be disappointed. Soon, all coffee shops in the capital of the Netherlands may no longer be allowed to sell marijuana to foreign customers.

The mayor of Amsterdam, Femke Halsema, on Friday proposed a plan expected to be passed by the city that would only allow marijuana products to be sold to Dutch nationals and residents of the Netherlands. Ms. Halsema wants to stop the flow of young tourists visiting Amsterdam just to smoke marijuana and to undermine the criminal organizations that control the drug trade.

Policies in Amsterdam, known for its liberal attitude toward drugs and its red-light district, have over the years become more restrictive as the government attempts to regulate the ever-increasing numbers of budget tourists coming to the city.

Amsterdam, like Barcelona and Venice, is having an increasingly difficult relationship with many such visitors amid complaints that, among other things, they are inundating historic districts and that short-term accommodation aimed at them is causing housing shortages for local residents.

A total of 46 million people visited the Netherlands in 2019, with most coming to Amsterdam.

Many of these tourists, often young and on a small budget, come to Amsterdam mainly to visit one of the 166 coffee shops dotted around Amsterdam where the sale of marijuana products is tolerated. A whole industry has developed around such visitors, offering them everything from T-shirts saying things like “I went to Amsterdam but can’t remember a thing,” to shops selling pancakes dripping with Nutella explicitly aimed at stoned tourists.

Research commissioned by the city shows that 57 percent of foreigners visiting the center of Amsterdam say that visiting a coffee shop is a “very important reason” for their visit.

However, one of the paradoxes of Dutch laws on marijuana makes it illegal, beyond personal consumption, to produce, store and distribute the drug. That means that the only source of large quantities of marijuana for resale in the Netherlands is from criminal enterprises.

A widespread illegal trade in marijuana has helped lay the foundations for a flourishing underground drug economy, where organized drug gangs also battle for the cocaine or amphetamine markets and have assassinated rivals on the streets Amsterdam.

“Amsterdam remains an open and tolerant and hospitable city, but we want to end the undermining effects of criminal organizations,” Ms. Halsema said.

Under Ms. Halsema’s plan, the number of coffee shops will be reduced to 66 in Amsterdam, but they will be able to legally buy and store more stock in return.

One coffee shop owner, Andre van Houten, said his industry was being blamed for the behavior of groups of British, often male, tourists who fly in on budget airlines, get intoxicated in the red-light district, and keep city-center residents from sleeping.

“What is the problem here, drugs, or alcohol?,” he asked while at work in his coffee shop, Chapiteau. He is currently only offering take-away marijuana and joints as the Netherlands has been in lockdown since Dec. 14 in an effort to stop the spread of the coronavirus.

“We always are blamed for everything that goes wrong in this city,” he said. “Also how can I check where someone is from? They might as well put a cop at our entrance.”

Several cities in the southern part of the Netherlands have already been experimenting with rules restricting sales in coffee shops to Dutch residents and nationals since 2005. A local law is in force aimed at curbing drug tourists driving in from Belgium, France and Germany.

Amsterdam currently is home to 30 percent of all coffee shops in the Netherlands. On the weekends, even during the pandemic, young people from neighboring countries drive up to the city to buy marijuana.

“Ms. Halsema is very brave to tackle this problem,” said Els Iping, a former alderman for the city of Amsterdam and an activist for a better balance between inhabitants and tourists in the city center. “Amsterdam will no longer be the coffee shop to the world — this is fantastic.”

Ard van Duijvenbode contributed to this article from Amsterdam.