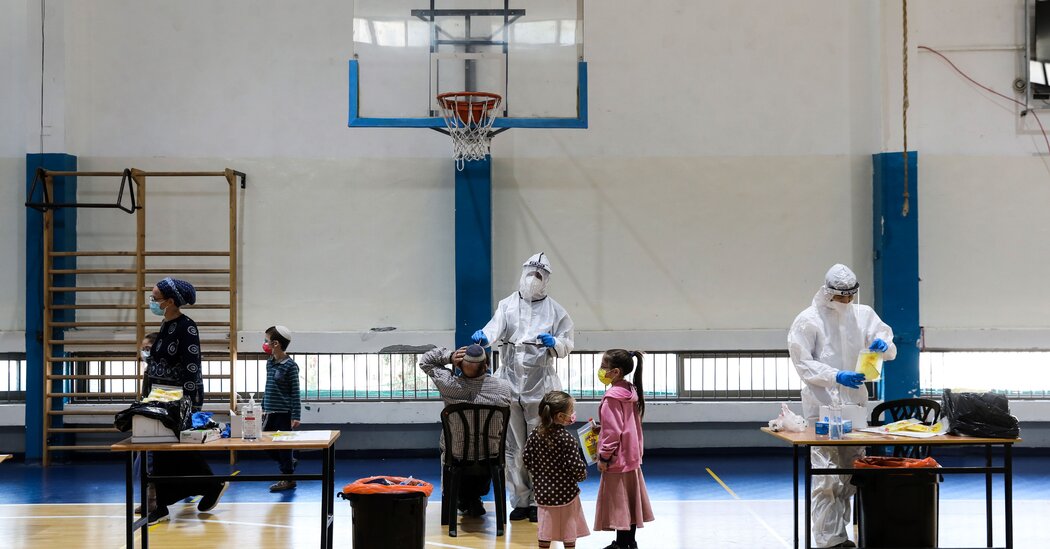 In a boost to Israel’s vaccination campaign, Prime Minister Benjamin Netanyahu announced on Thursday that he had reached an agreement with Pfizer that will enable all Israelis above age 16 to be inoculated against Covid-19 by the end of March.

Mr. Netanyahu made the remarks hours before Israel was set to tighten its current lockdown. Health experts believe the new highly transmissible variant of the virus has fueled a rising infection rate.

“We are going to be the first country to beat the coronavirus,” Mr. Netanyahu declared in a statement at his office in Jerusalem.

The vow came after days in which health officials warned that Israel’s supply of vaccines was dwindling.

He said planes carrying the vaccine would be arriving soon and boasted that he had spoken to Albert Bourla, Pfizer’s chief executive, 17 times in the past several weeks.

More than 18 percent of Israel’s population has already received the first dose of the vaccine, a rate that has far outstripped the rest of the world and buoyed Mr. Netanyahu’s battered domestic image.

As part of the agreement with Pfizer, Mr. Netanyahu said that Israel would be an “international model for quickly vaccinating an entire country” and that Israeli authorities would share data with the pharmaceutical giant to help “develop strategies to defeat” the virus.

The Israeli health minister, Yuli Edelstein, said the government would give priority to a broader swath of its population to receive the vaccine starting next week. He did not give specifics.

As of Thursday, Israel was permitting people 60 and older to be inoculated, as well as a number of other target groups. It has also provided them to members of the broader public under some circumstances.

Despite his optimism about the vaccines, Mr. Netanyahu was adamant that Israelis abide by the lockdown. “It is forbidden to forget for a moment that the pandemic is raging around the world,” he said.

Israel has averaged 6,695 cases per day over the past week, a substantially higher number than the previous seven days, according to a New York Times database.