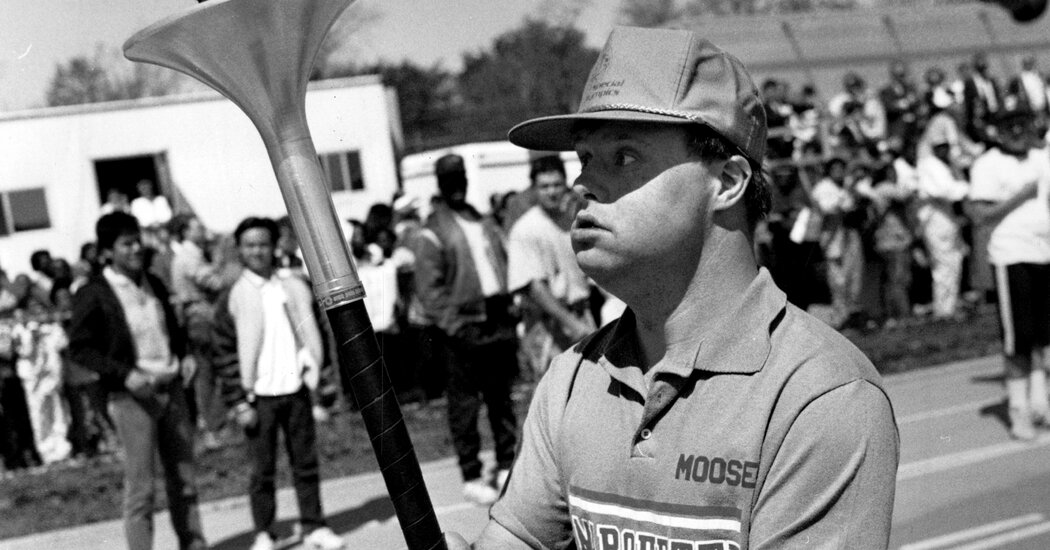 “They found that preposterous,” his sister Connie McIntosh said. “We had no experience with someone with intellectual disabilities, but every day he surprised us with his brightness, happiness, joy and his physical abilities.”

He was, she added, “athletic by anyone’s standards.”

Carole Cusack called her brother “a great team player who always shook the hands of the people he competed with, win or lose.”

Michael’s parents were at first uncertain whether his participation in organized sports would work.

“I remember Michael’s dad didn’t even want him to go bowling that first time,” his mother told The Chicago Tribune in 1979. “He was afraid Michael would throw the ball around and do a lot of damage.”

But, she said, she could no longer “imagine what Michael’s life would be without sports.”

“It’s calmed him down and brought out so many wonderful things in him, like self-assurance,” she said. “He knows he’s a good athlete.”

“When people come over to the house,” she added, “the first thing he does is take them over to his room to show them his medals. He loves them. He knows what they mean.”

Swimming (freestyle and backstroke) was his specialty. But Mr. Cusack, renowned for his strength, also bowled, golfed and played basketball, softball, floor hockey and volleyball; ran the 50-yard dash and 100-yard relays; competed in the long jump; and race-walked, skied and snowshoed.

Chief Justice Burke said the Special Olympics would not have happened without him.

“Michael was the first, and his participation showed the other parents what he could do, and then they brought their children along,” she said. “If the others hadn’t come along, there wouldn’t have been any thought to putting on a citywide track meet.”