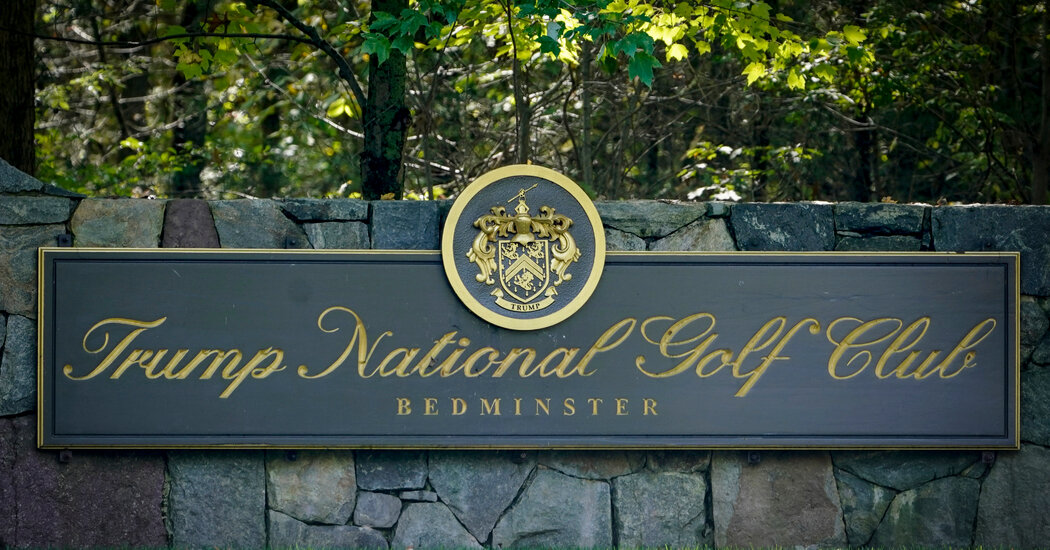 The P.G.A. of America, which conducts the P.G.A. Championship — one of golf’s four prestigious global major men’s championships — announced Sunday night that it would no longer hold its featured event at the Trump National Golf Club in Bedminster, N.J. It had been scheduled to be played there in May 2022.

The Trump Organization responded Sunday, saying: “We have had a beautiful partnership with the P.G.A. of America and are incredibly disappointed with their decision. This is a breach of a binding contract, and they have no right to terminate the agreement.”

The P.G.A. of America’s decision came days after a mob incited by President Trump converged on the Capitol, swept past law enforcement and rampaged through the halls of Congress, resulting in the deaths of five people, including a Capitol Police officer.

Seth Waugh, chief executive of the P.G.A. of America, directly tied the decision to the violence at the Capitol. “Our feeling was, given the tragic events of Wednesday, that we could no longer hold it at Bedminster,” he told The Associated Press in an interview. “The damage could have been irreparable. The only real course of action was to leave.”

For years, Mr. Trump had lobbied each of golf’s primary governing bodies to send one of golf’s biggest events to one of his golf courses. In 2014, well before he announced his candidacy for president, the P.G.A. of America chose Trump Bedminster for its 2022 championship.

In the statement, Mr. Richerson said the organization’s board of directors voted “to exercise the right to terminate the agreement” to hold the tournament at the Trump property. A replacement site for the event, which was first contested in 1916, will be chosen at a future date. The P.G.A. of America will have many options for relocating the 2022 championship, including the New York State-owned Bethpage Black course on Long Island and other venues that have hosted the tournament, like the Valhalla Golf Club in Louisville, Ky.

The Bedminster club hosted the 2017 United States Women’s Open, and the president’s club in Virginia was the site of the 2017 Senior P.G.A. Championship. The P.G.A. of America, which was founded 105 years ago, represents nearly 30,000 teaching club professionals.

It is the second time in roughly five years that the P.G.A. of America withdrew a tournament from a Trump course. The P.G.A. Grand Slam of Golf, which was scheduled for Trump National Golf Club Los Angeles in 2015, was canceled not long after Mr. Trump made disparaging comments about Mexican immigrants while seeking the Republican Party’s nomination for president.

Since entering the White House, Mr. Trump has been associated with golf like no president before him, even by the standards of an office that is frequently occupied by a golfer. While he has been booed by fans at a World Series game and sparked protests by athletes in basketball and football, among other sports, Mr. Trump has tried to maintain his ties to pro golf and some of the most decorated players in the history of the game.

He has awarded the Presidential Medal of Freedom to four golfers: Tiger Woods, Babe Didrikson Zaharias, Gary Player and Annika Sorenstam. The last three of those, Didrikson Zaharias posthumously, were awarded the honor at the White House on Thursday, the day after the attack on the Capitol by the pro-Trump mob.

Since his election, Mr. Trump has golfed with Woods, Jack Nicklaus, Ernie Els, Rory McIlroy and Bryson DeChambeau, among other past and present golf pros. The world’s No. 4-ranked golfer, Mr. McIlroy subsequently declined another invitation to play with Mr. Trump and in May criticized his handling of the coronavirus pandemic. “The fact that he’s trying to politicize it and make it a campaign rally and say we administer the most tests in the world like it is a contest, there’s some stuff that just is terrible,” Mr. McIlroy said. “It’s not the way a leader should act.”

Mr. Trump has visited his golf clubs over 300 times since taking office and inspired a best-selling book about how golf is the best way to understand him.