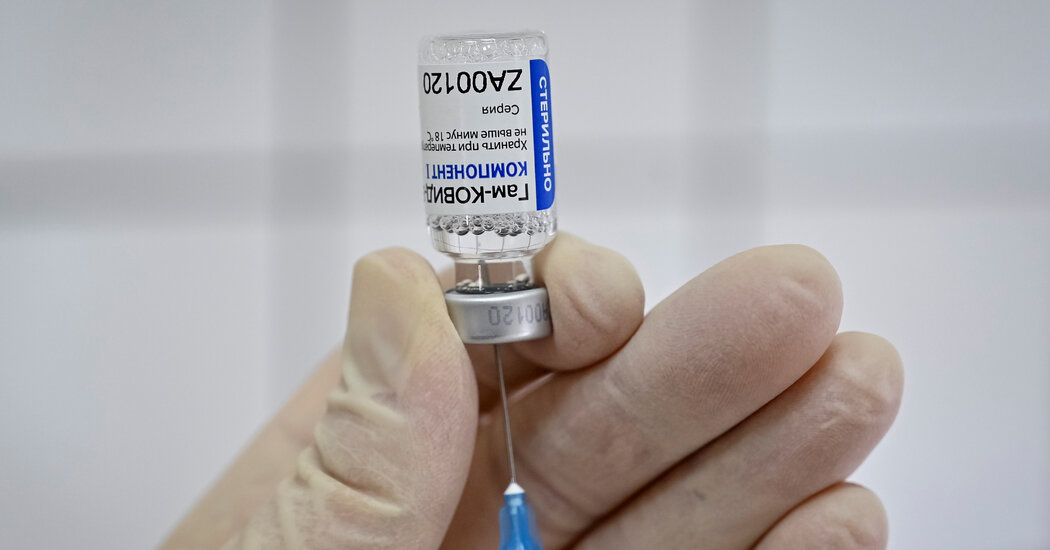 The Russian Direct Investment Fund, which financed Sputnik V, said that a first batch of doses was expected to be delivered to the Palestinians in February. The organization did not say how many doses would be sent.

Palestinians in the occupied West Bank and Gaza Strip have not received any significant shipment of vaccines yet. In her statement, Ms. al-Kaila said that health workers would be inoculated first when a vaccine shipment arrives.

It was not clear whether a major Sputnik V shipment would be the first to reach the territories. Ali Abed Rabbo, a senior Health Ministry official, said last week that the Palestinians hoped to receive two million doses of the Oxford-AstraZeneca vaccine in February. Health officials now say they expect those doses to arrive in March.

The Palestinian Authority asked Israel in late December to provide it with up to 10,000 doses of vaccine to inoculate frontline medical workers, but the Israelis turned down the request, according to Hussein al-Sheikh, the top Palestinian official in charge of coordinating with Israel.

Israel has administered enough vaccines for 20 percent of its population so far, the highest proportion of any country, according to the research site Our World in Data, which is based at the University of Oxford.