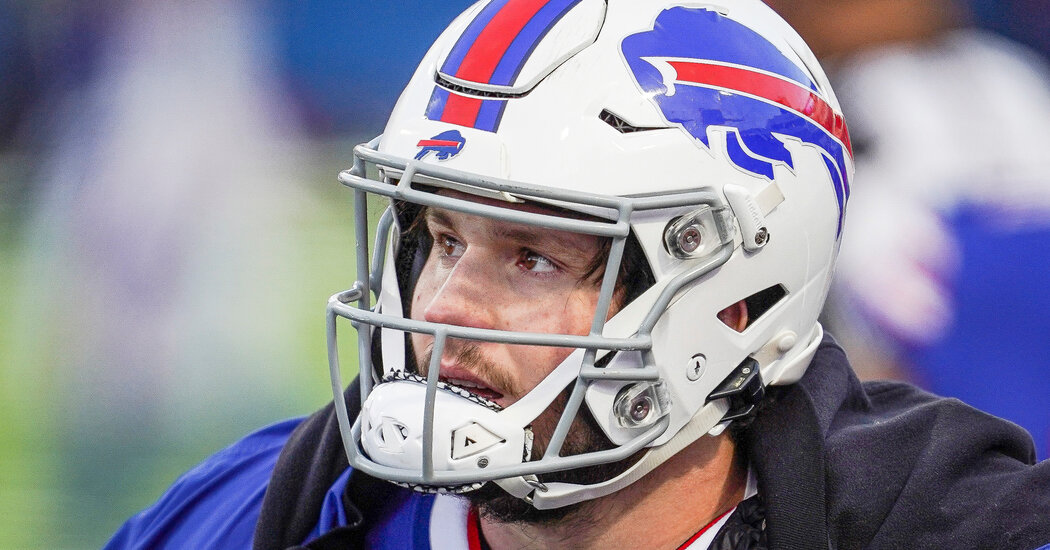 The not-so-sudden success of Josh Allen and the Buffalo Bills will spawn many imitators around the N.F.L. But like plagiarists copy-and-pasting their term papers from Wikipedia, the league’s copycats are likely to get the facts right but miss the main idea.

Allen’s ascendence is one of the biggest story lines of the 2020 season. He was practically a caricature of a gifted but bumbling rookie as the Buffalo Bills’ first-round draft pick in 2018 (seventh over all). He improved modestly last season, though he still looked too often like a team mascot on inline skates firing a T-shirt cannon.

But he blossomed this season, throwing for 4,544 yards and 37 touchdowns, running for eight touchdowns, earning a Pro Bowl berth and leading the Bills to a 13-3 regular-season record and last week’s playoff victory over the Indianapolis Colts, the franchise’s first playoff win since the 1995 season.

Gradual, broad-based development like Allen’s is surprisingly rare: Most young quarterbacks either exhibit immediate potential (like Patrick Mahomes of the Kansas City Chiefs or Lamar Jackson of the Baltimore Ravens, whom the Bills face on Saturday night in a divisional round playoff game) or stagger through long seasons of few ups and many downs (like any Jets quarterback of the last 44 years). So N.F.L. coaches and general managers are sure to try to swipe whatever alchemist’s stone transformed Allen from a turnover dispensary into a Most Valuable Player Award candidate.

Unfortunately, the league is likely to learn all the wrong lessons from Allen’s success, starting when teams search for the “next Josh Allen” in future drafts.

Many N.F.L. decision makers covet height and arm strength to a fault when evaluating young passers. Some would draft a quarterback whose passes land in the coaches’ parking lot as long as he is over 6-foot-5 and cracks a few windshields. A few would draft a baseball pitching machine on stilts if it somehow looked them in the eye and offered a firm handshake.

Allen’s college statistics were miserable, and his game film looked like the blooper reel at the end of a Jackie Chan movie. But he is 6-foot-5 and indeed rifle-armed, even by N.F.L. standards.

Allen’s success will not only give scouts and coaches further leeway to indulge their arm fetish, but the many negatives on his college scouting report will create an unfalsifiable argument in favor of every prospect who throws crisp 40-yard spirals to receivers 30 yards away. Sure, Lanky McRocketarm threw three interceptions and bounced a screen pass off a defender’s face mask against Directional State on Saturday. But that means he could be the next Josh Allen!

Flailing prospects already in the league may immediately benefit from Allen’s prolonged larval stage. Don’t give up on the Giants’ 6-foot-5 quarterback, Daniel Jones, just yet, for example: He merely needs to drastically reduce his turnovers, produce more big plays, become more consistent, avoid nagging injuries and learn not to tumble over his own feet 10 yards short of the goal line to enjoy a breakthrough just like Allen!

A better-late-than-never Allen-like leap by Jones would also vindicate General Manager Dave Gettleman’s decision to draft him. The most popular N.F.L. trends are the ones that provide cover for mistakes, because the league’s most powerful motivator is not the desire to win, but the desire to remain employed.

Coaches will also benefit if Allen inspires a renaissance of delayed gratification. Any team-building model with two consequence-free years baked into it will be eagerly adopted by the league’s dedicated self-preservation specialists. It will be a refreshing change of pace from justifying losing seasons as a result of a much-needed “culture change.”

Some teams will try to copy the Bills’ formula more directly. The team’s offensive coordinator, Brian Daboll, has become a hot job candidate as teams seek a head coach capable of slow-cooking their incoming or in-house quarterback prospects. By developing Allen over three seasons, Daboll appears to have cut the line in front of the Chiefs’ offensive coordinator, Eric Bieniemy, who helped Mahomes become league M.V.P. in the quarterback’s second season.

Meanwhile, Anthony Lynn was fired as the Los Angeles Chargers’ head coach despite coaxing a 31-touchdown rookie season out of Justin Herbert. The N.F.L. never lets consistent logic (or anything else) get in the way of its hiring preferences.

Ultimately, Allen’s emergence is likely to encourage coaches and executives to do all the things they already like to do, only more unapologetically. Among others, they like to overvalue their favorite flavor of prospect; disguise risk-averse procrastination as prudent empire-building; promote from within the buddy system; and congratulate themselves when a plan that failed a dozen times finally succeeds once.

Some nuance is inevitably lost whenever N.F.L. teams attempt to copy one another’s success. Allen was truly a unique prospect, and the Bills invested heavily in his supporting cast (especially trading picks in the 2020 and 2021 drafts to land Allen a No. 1 receiver in Stefon Diggs). Signs of Allen’s growth were unmistakable in the second half of last season.

The Bills’ 2020 success is a testament to the talent and hard work of Allen, his teammates and coaches, but also to a great deal of patience, a little innovation and inspiration and a dollop of good luck. It’s not the result of a secret recipe, but of a long process that most N.F.L. decision makers pay homage to but few are capable of executing.

In fact, Allen’s success is a result of so many factors that it essentially can’t be repeated. But that won’t stop the rest of the N.F.L. from trying.