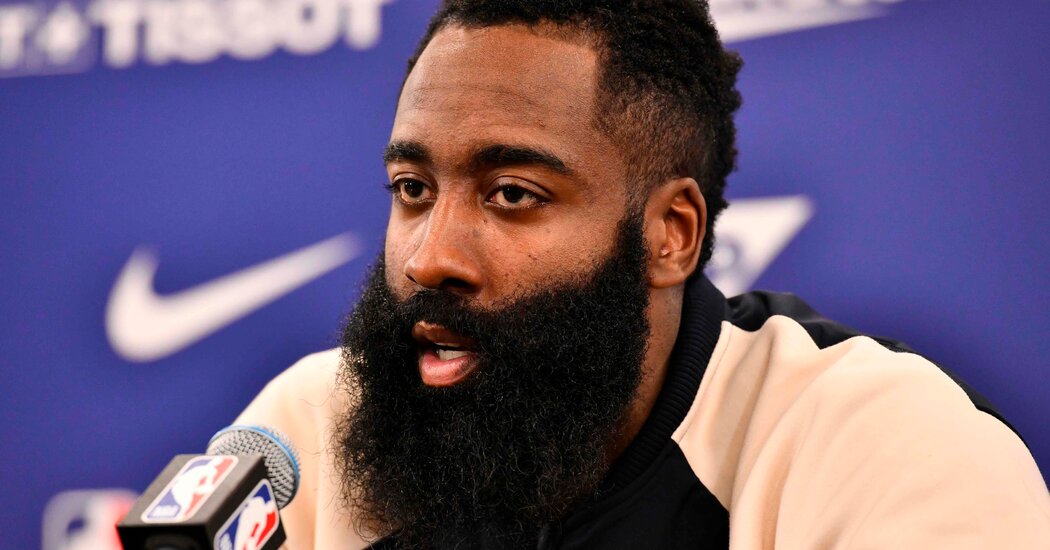 Days after telling reporters he did not think the Houston Rockets were talented enough to be competitive, James Harden said on Friday that he is an “elite player, an elite teammate” and an “elite leader,” in his first comments as a member of the Nets.

He also responded to critical barbs by his former Rockets teammates, including the former All-Stars John Wall and DeMarcus Cousins. Cousins, in particular, referred to Harden’s behavior leading up to this week’s trade to the Nets as “disrespectful.”

“I wasn’t disrespectful to anyone,” said Harden, who had been the cornerstone of the Rockets since 2012-13. “Those guys had just got there, Houston. I’ve been there for a very long time. I’ve been through all the ups and downs with that organization and I wasn’t disrespectful toward anyone. I just made a comment that the team, as a whole, wasn’t good enough to compete for a title, and at the stage of my career where I am now, that’s what I would love.”

In postgame comments Tuesday night, following a blowout loss to the Los Angeles Lakers, Harden said that he did not think the Rockets had the talent or chemistry to be competitive and added, “It’s something that I don’t think can be fixed.” This came months after Harden, who showed up late to training camp, privately requested a trade from the Rockets. The Nets topped the list of his preferred teams.

When asked Friday if he regretted how things ended in Houston, where he played more than eight seasons and won a Most Valuable Player Award, Harden said: “Yeah, I regret because I’m not the type of guy who — I don’t need the attention, especially the negative energy, the negative attention. Like, I’ve never been that guy. There were some things, I feel like, out of my character, but the ultimate goal was to get somewhere where I can compete.”

Harden developed into one of the N.B.A.’s marquee players in Houston and in recent years has had some of the league’s best offensive seasons ever. However, he has also developed a reputation for clashing with teammates and for having less-than-desirable conditioning. (On Friday, when asked to describe his conditioning, Harden smiled and said “Great!”)

In Wednesday’s blockbuster trade, the Nets gave up a bevy of draft picks and talented young players such as Jarrett Allen and Caris LeVert. Coach Steve Nash said on Friday that Harden should be available to play Saturday against the Orlando Magic.

Harden publicly detailed for the first time why he wanted to leave Houston. He cited the off-season departures of Daryl Morey, who resigned as Houston’s general manager and became president of the Philadelphia 76ers, and Mike D’Antoni, who left the Rockets and is now an assistant coach for the Nets. Harden said he began rethinking his future in Houston immediately after losing to the Lakers in the second round of the playoffs last season.

“You look from top to bottom: the general manager leaving to Mike D’Antoni leaving to re-evaluating our personnel and seeing if we had enough to compete with the best teams in the league,” he said. “And as time went on and free agency and things like that started to go on, it was like, well, I felt like we didn’t have a chance.”

He added, “As much as I love the city of Houston and I loved being there, I think I’m at the point in my career where it’s not about money. It’s not about anything else but having a chance at reaching the ultimate goal, which is winning at the highest level.”

Harden said he had not spoken with his new teammates Kyrie Irving and Kevin Durant about how they would coexist on the floor.

“For us, it might take a little time,” Harden said. “It might not. I think all of us are very smart, are very unselfish, and we know what’s at stake.”