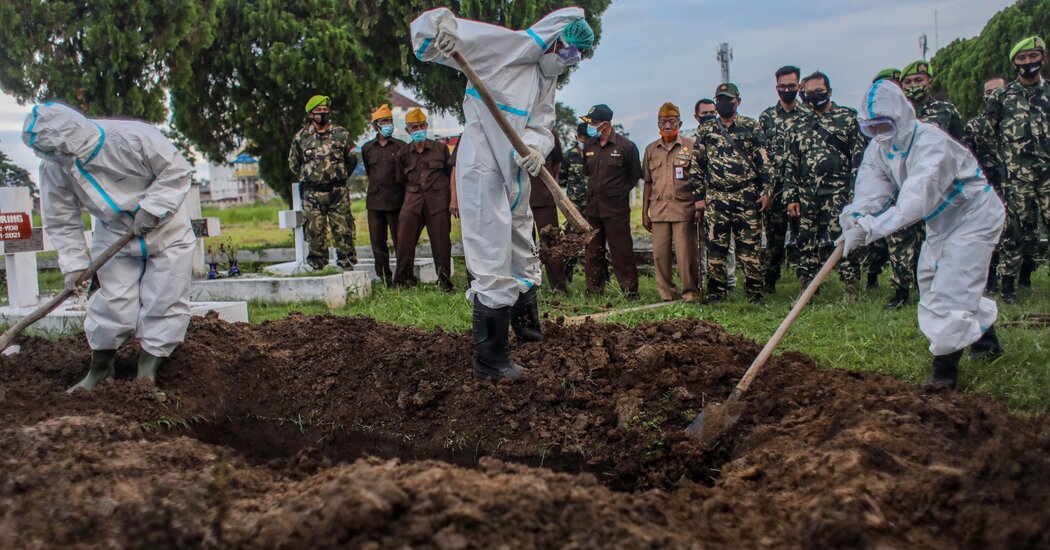 But the initial rollouts in many countries have been met with problems: logistical confusion, shortages of doses, unequal distribution and bureaucratic hurdles that have slowed the process of getting shots into people’s arms.

Israel’s inoculation process has been the fastest, with roughly 25 percent of its population of nine million getting vaccinations in just one month. Britain has sped up its efforts, and in the week ending on Jan. 10, added more than 1.2 million people to the number who had been given shots, edging near the government’s goal of more than two million per week. More than three million people have now been given at least a first dose of a vaccine in Britain, and Italy says it has given a million shots.

So far, there is no evidence that any of the variants affect the viability of the vaccines that countries have approved for emergency use. However, scientists have cautioned that this may not always be the case as the virus continues to mutate.

In the meantime, officials are trying to persuade weary and anxious populations to continue to follow social distancing protocols — a harder sell now than it was a year ago, when the virus carried with it the added fear factor of being new.

Even in places hard hit by the virus, the need for human connection is strong.

Although India has recorded more than 150,000 deaths, the world’s third-highest toll, hundreds of thousands of Hindu pilgrims have gathered on the banks of the Ganges River in recent days as part of the Kumbh Mela, an annual pilgrimage.

And even in nations where the virus appears to have been tamed, the authorities are maintaining vigilance to ensure that it doesn’t re-establish its grip.

In China, where the wet market at the epicenter of the outbreak remains closed but others are again open, a team of experts from the W.H.O. arrived this week to begin hunting for the source of the pathogen and how it made the suspected leap from animals to humans.

The virus’s origin is just one of the many enduring mysteries of a virus that has officially infected nearly 100 million people, and likely many more, around the world. And this week, underscoring just how persistent and pervasive it is, it claimed its first life in China since May.