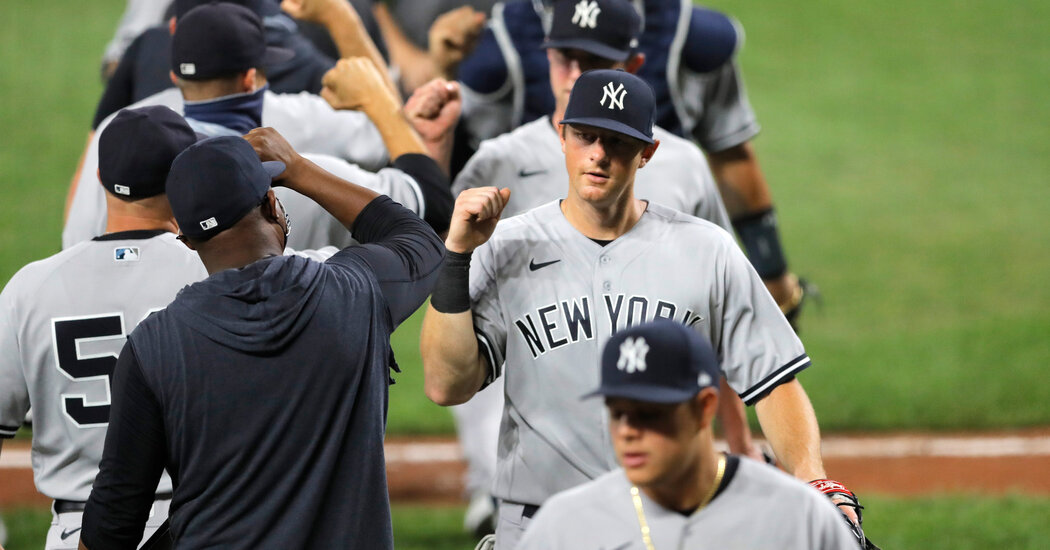 The Yankees are finalizing a deal to keep their best all-around player of the past two seasons, the all-star infielder D.J. LeMahieu, in New York.

The deal is expected to be for six years and $90 million, said two people familiar with the negotiations who weren’t authorized to speak publicly because it was not official yet. One person said the deal’s final hurdle was having LeMahieu’s undergo a physical examination.

The reunion was anticipated. The Yankees have repeatedly praised LeMahieu’s impact on the team over the past two years. Even as baseball’s hot stove has been anything but this winter, Yankees General Manager Brian Cashman reiterated in December that the team’s top priority was re-signing LeMahieu, 32. He said the team would wait as long as needed.

But LeMahieu — also coveted by the Toronto Blue Jays, the Los Angeles Dodgers and the Mets, among other teams — did not want to go anywhere else. Quiet and competitive, LeMahieu has said often how much he loves playing for a contending team, at Yankee Stadium and in New York.

“I want to stay here and I’ve said that a few times,” he said in September.

LeMahieu, a second baseman who can fill in at other positions, has shined for the Yankees at the plate and in the field since he came to New York on a two-year $24 million deal that proved to be an enormous bargain.

In 2019, he hit .327 with 26 home runs and 102 runs batted in, finishing fourth in voting for American League Most Valuable Player Award. In last year’s truncated 60-game season, he won his second batting title, leading the major leagues with a .364 average, and finished third in the M.V.P. voting.

Although LeMahieu will turn 33 in July, the Yankees are poised to hand him a longer deal than originally expected. The Yankees wanted to remain under the luxury tax threshold — which will be $210 million for the 2021 season — and spreading LeMahieu’s salary over six years gives Cashman more wiggle room to potentially upgrade the roster. The Yankees’ starting rotation after Gerrit Cole is either unproven (Deivi Garcia or Jordan Montgomery) or returning from injury (Luis Severino).

Before coming to terms with LeMahieu on Friday, the Yankees’ payroll for luxury tax purposes sat at $174 million, according to Cot’s Baseball.