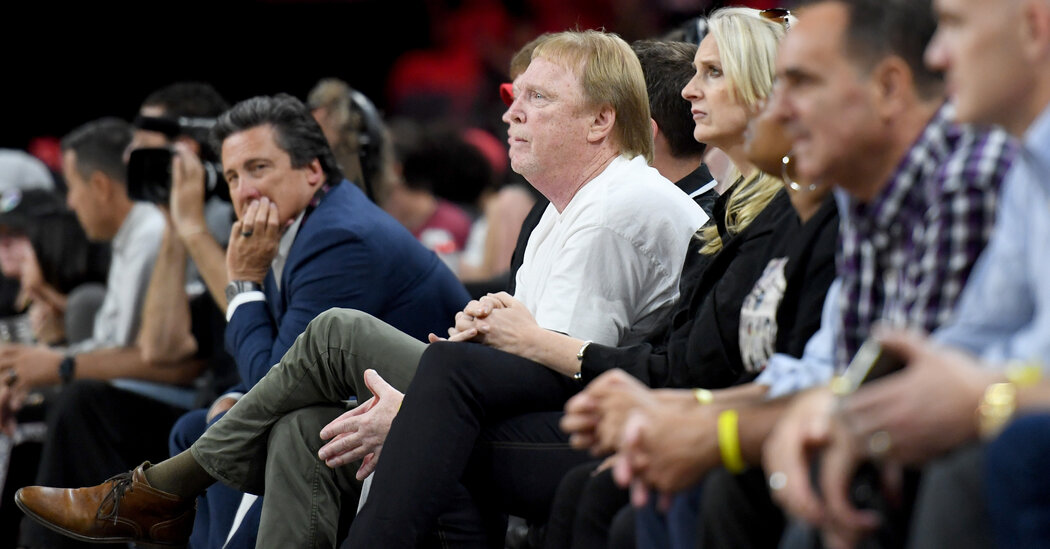 Mark Davis has agreed to buy the Las Vegas Aces of the W.N.B.A. from MGM Resorts International, a move that may raise the visibility of the team, which arrived in the city three years ago. Davis is also the owner of the N.F.L.’s Raiders, who just finished their first season in Las Vegas after relocating from Oakland.

The terms of the deal were not announced by the two sides, and the transaction must be reviewed by the W.N.B.A. and approved by the league’s board of governors, a process that could take weeks.

The Aces, led by A’ja Wilson, the league’s reigning most valuable player, lost to the Seattle Storm in the 2020 W.N.B.A. finals, which were contested in a bubble environment in Bradenton, Fla.

Davis is an Aces season-ticket holder and has often sat courtside at home games at Mandalay Bay Events Center, which is owned by MGM, since the team arrived in Las Vegas in 2018. On a conference call with players Thursday, Davis gave out his cellphone number and said he wanted to hear their ideas for how to best design a training facility, according to Jim Murren, the former chief executive of MGM Resorts International.

The Aces, who are coached by the former N.B.A. star Bill Laimbeer, arrived in Las Vegas after MGM bought the team in 2017 and moved it from San Antonio, where the team had played since 2003 as the Silver Stars and the Stars.

A spokesman for the team declined to say how much MGM had paid for the franchise. Murren said that W.N.B.A team transactions often include a mix of cash and a note, the value of which is based on various performance metrics.

Calls to Davis’s spokesman with the Raiders were not returned.

In a statement, George Kliavkoff, the president of Entertainment and Sports at MGM Resorts International, said that “Mark is a longtime champion of women’s basketball, and we believe he is the right person to lead the Aces into a new era.”

Davis appears to be the first N.F.L. owner to buy a major stake in the W.N.B.A. Several other teams share a principal owner with the N.B.A. team in their market, including the Liberty with the Brooklyn Nets, and the Minnesota Lynx with the Timberwolves.

The Aces are just the latest professional sports team to have arrived in Las Vegas in recent years. The Vegas Golden Knights of the N.H.L. began playing on The Strip in 2017 and went to the Stanley Cup finals in their inaugural season. The Raiders were lured from Oakland, in part by $750 million that Clark County provided to help pay for Allegiant Stadium.

The N.B.A. has held a summer league in Las Vegas for more than a decade.

At a news conference in December, N.B.A. Commissioner Adam Silver stopped short of saying that expansion was looming but acknowledged that his 30-team league had begun to “dust off some of the analyses on the economic and competitive impacts of expansion” after a difficult year financially for all sports leagues.

Seattle is widely regarded as the N.B.A.’s No. 1 target for either expansion or the relocation of a current franchise, with Las Vegas in the next tier of candidates. To join the league, a new franchise would have to pay an expansion fee that could reach $2 billion.