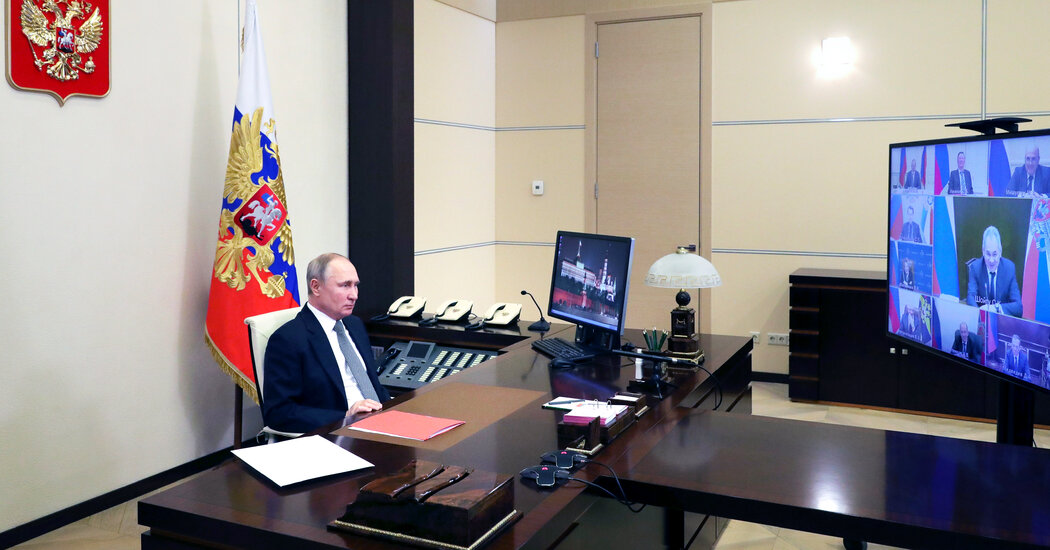 Another complicating factor is that key members of Mr. Biden’s cabinet may not yet be confirmed by the Senate in time for the negotiation. The task of dealing with Russia, therefore, will most likely fall to Jake Sullivan, the incoming national security adviser, who does not require Senate confirmation.

“I think our diplomats, before making this decision, became convinced that the United States’ return is extremely unlikely,” Fyodor Lukyanov, a foreign-policy analyst who advises the Kremlin, was quoted as saying by the RIA Novosti state news agency. “This treaty did not figure among that which Biden wanted to change.”

The Open Skies Treaty, which has nearly three dozen signatories, was negotiated under President George H.W. Bush in 1992, after the collapse of the Soviet Union. The treaty aimed to prevent military tensions from escalating into war by allowing former Cold War adversaries to fly over each other’s territories using planes equipped with sophisticated sensors.

While most modern-day military intelligence is gleaned through satellites, some information can only be gathered by airplane sensors. Perhaps most important, the treaty — which allowed specially designated American military planes to roam deep into Russian airspace, and vice versa — was a symbol of a determination to avoid war.

Long before the American withdrawal last year, American officials have complained that Moscow was violating the Open Skies accord by not permitting flights over Kaliningrad, the region where Russia was believed to be deploying nuclear weapons that could reach Europe, as well as forbidding flights over major Russian military exercises. Russia has denied violating the treaty and claimed that the United States had breached it.

The Foreign Ministry said on Friday that it was starting the process of withdrawing from the agreement, but had not yet officially notified the other signatories. Russia’s withdrawal had been anticipated in recent months, though Russian news reports as recently as this week said that the Kremlin was also considering a softer move: suspending Russia’s participation in the treaty, rather than departing it altogether.