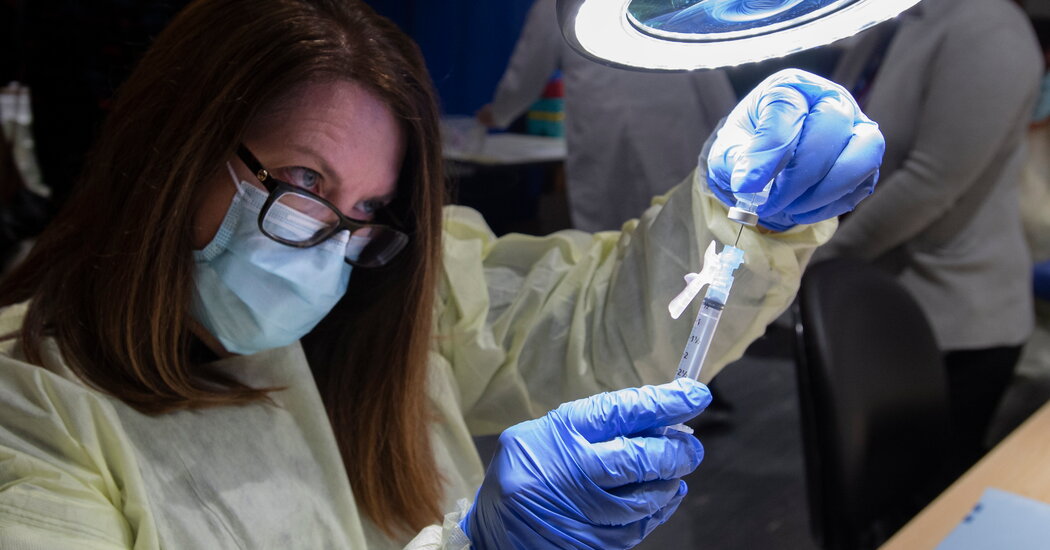 Canada will not receive any vaccine shipments from Pfizer next week, but that should not affect the government’s plan to administer six million doses of the Pfizer and Moderna vaccines by the end of March, officials said Tuesday.

Last Friday, Pfizer said it would be temporarily limiting shipments of the vaccine it developed with BioNTech to Canada and European countries while it revamped a plant in Belgium to increase production. The announcement triggered outrage among health officials across the European Union and added to concerns over the sluggish pace of immunizations. (The United States is not affected by the change; doses for its domestic market are manufactured in Kalamazoo, Mich.)

Maj. Gen. Dany Fortin, the Canadian military officer in charge of vaccine distribution, told reporters that while the change had relatively little effect on Canada this week, the company will not send any vaccine during the final week of January. Previously he had said that shipments during that period would only be cut in half. Shipments of the vaccine made by Moderna to Canada are not affected.

Anita Anand, Canada’s minister in charge of procurement, said that subsequent shipments of the Pfizer-BioNTech vaccine will be increased, and that the changes will not affect the government’s plan to administer six million doses of the two vaccines over the next two months.

Some Canadian news outlets had suggested that Europe would see its shipments return to normal more quickly than Canada, based on statements from Pfizer. But Ms. Anand said that she spoke with the company over the weekend and it “assured me and Canada of equitable treatment.”

“I’d be on that phone call every single day,” Mr. Ford told a news conference.