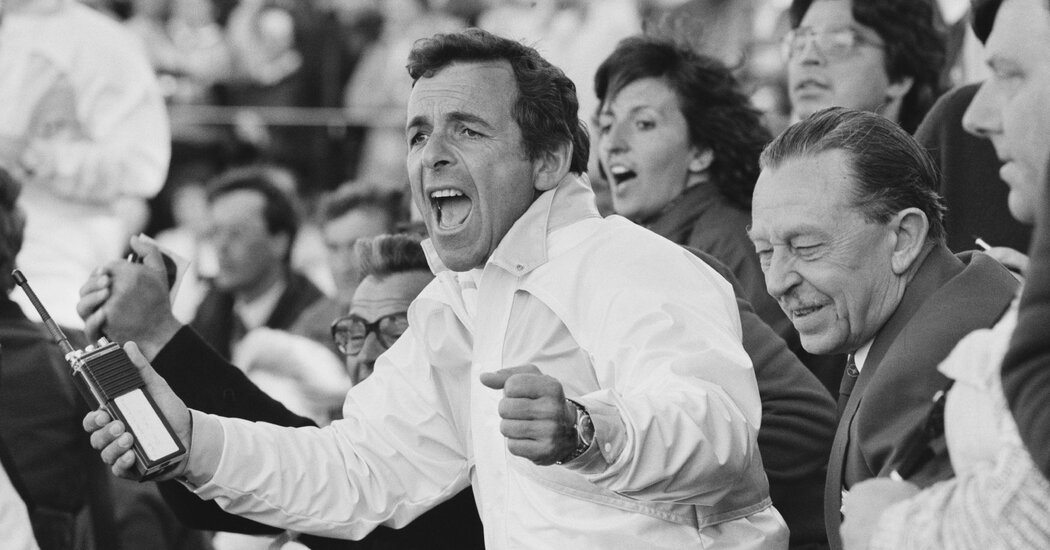 Tony Jacklin of England won the 1969 British Open and a year later the United States Open.

He was only 25, but he never won another major championship.

The closest he came was in the 1972 British Open when he was tied playing the next-to-last hole. Lee Trevino, the eventual champion, then chipped in for a par. Jacklin finished third.

Still, when you think of golf in Europe over the last half century, Jacklin’s name stands out because of the Ryder Cup, the tournament every two years that pits European players against Americans.

Jacklin played in it seven times, including in 1969 when he was involved in one of its most famous incidents. He faced a short putt on the final green at Royal Birkdale Golf Club in England that would have tied the match when his opponent, Jack Nicklaus, just gave it to him. It became known as the “concession” and was the first time the event ended in a tie, though the United States retained the Cup as the previous winner.

Jacklin was also Europe’s captain four times in the 1980s, when his team broke the Americans’ dominance.

As the European Tour begins a new season at the Abu Dhabi HSBC Championship, Jacklin, 76, reflected recently on his career. The following conversation has been edited and condensed.

You said you believed you traveled too much in your playing days, but wasn’t there a lot of money on the table?

If you wanted to have financial security, you had to play in Japan and Australia at the end of a busy season. It was a balancing act, but you can only play well if mind and body turn up together. And there were too many occasions when the body turned up and the mind wasn’t ready for action. I spread myself too thin. I was playing 28 or 30 [tournaments a year].

Were you never the same after Trevino beat you in 1972?

It did something to me. I never thought luck played such a big part in it. I witnessed audacious luck the last two days from him. He hit a couple of shots [from off the green] that flew straight in the hole, and he was sort of laughing it all off. It knocked the stuffing out of me.

Wasn’t it just one tournament?

It’s one tournament, but it was the main tournament in my life. Thank God I’d won one. Otherwise, it would have been a real career-breaker. It changed my outlook on the game. I thought if you worked hard and was really good, that you won.

It’s been 50 years since you won the U.S. Open. Is there a moment that stands out?

I hit a putt on the ninth green from about 30 feet for a birdie. I hit it too hard, and the ball hit the back of the hole, jumping in the air, and dropped in. It was after that putt went in that I felt all the pressure roll off me. I’m not overly religious — I believe in God — but on that final day, I prayed in the morning. Not to win, just to have the strength to get through the day.

What is your favorite Ryder Cup memory as a captain?

Winning on American soil [in Ohio] for the first time in 1987. There’s only one first, and that was it. It was a heck of a performance by a really great team. We had great team unity. There were journeyman pros on my team who really dug deep.

Are you more proud of your accomplishments as a player or as the Ryder Cup captain?

It’s like asking, which is your favorite child? They both came at a completely different time in my life.

Do people still come up to you and mention the putt Nicklaus conceded?

All the time, and the putt becomes four feet, not two. He hollered after me after we both teed off on the last hole. I waited for him, and he said, “Are you nervous?” I said, “I’m petrified.” He said, “I just want you to know I feel the same way.”

If you could change anything in the game today, what would it be?

I’d like the ball to go 50 yards shorter. I don’t understand how people think it would be a move backwards.