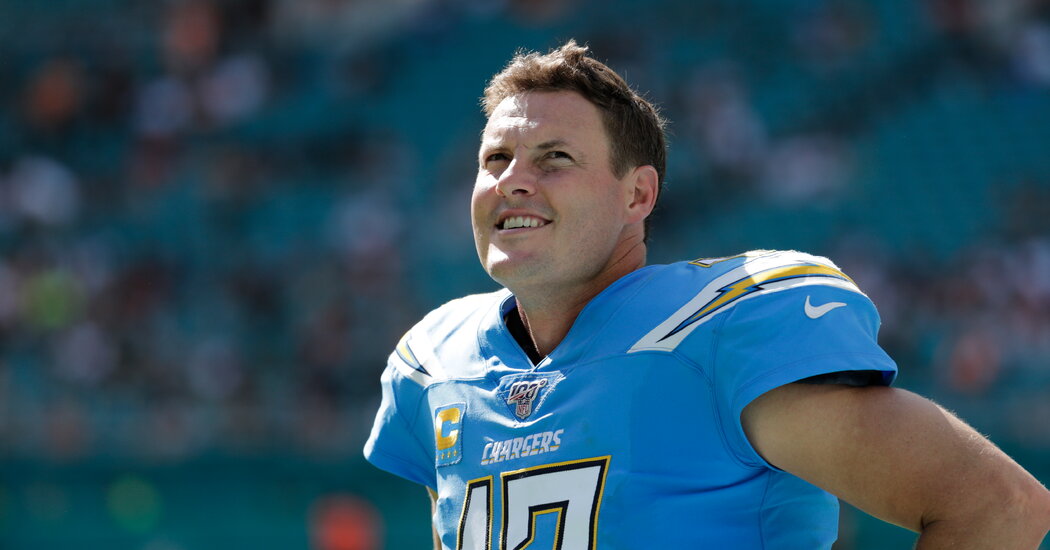 Quarterback Philip Rivers, who led the Chargers and the Colts with notable talent and durability in his 17-year N.F.L. career, retired on Wednesday at 39.

Rivers was named the starting quarterback of the Chargers, then based in San Diego, in 2006. In the years since, he managed to start all 16 regular-season games in an astonishing 15 consecutive seasons, 14 with the Chargers as the franchise moved to Los Angeles, and the 2020 season with the Indianapolis Colts. He had at least 20 touchdown passes, 250 completions and 3,000 yards in every one of those seasons.

“Every year, Jan. 20 is a special and emotional day,” Rivers told ESPN. “It is St. Sebastian’s feast day, the day I played in the A.F.C. championship without an A.C.L., and now the day that after 17 seasons, I’m announcing my retirement from the National Football League.”

In the A.F.C. championship game for the 2007 season, Rivers played despite having torn his anterior cruciate ligament. The Chargers lost to Tom Brady and the New England Patriots, 21-12, denying Rivers that elusive Super Bowl appearance.

Rivers crossed paths with several quarterbacks who, like him, may wind up in the Hall of Fame. He was drafted No. 4 over all out of North Carolina State by the Giants, who immediately traded him to the Chargers for the No. 1 pick, Eli Manning.

After two seasons on the bench, Rivers got the starting job with the Chargers when they decided to let their incumbent quarterback, Drew Brees, leave as a free agent. But Rivers proved nearly as productive over his long career.

Even in his final season, with Indianapolis, he led the team to an 11-5 record. In his final game, he lost to the Buffalo Bills in the first round of the playoffs, 27-24.

Born in Alabama, the son of a high school football coach and a teacher, Rivers for a time caught the fancy of fans by wearing a bolo tie at postgame interviews. “Whether he does or not, he comes across as a guy who when he’s done playing is going to be on a ranch, cleaning a barn or riding a horse,” Chargers tight end Antonio Gates said in 2014 of Rivers, who had a locker next to him for a decade. “He’s got that true country boy in him.”

“I can sit here and say: ‘I can still throw it. I love to play,’” Rivers told The San Diego Union-Tribune. “But that’s always going to be there. I’m excited to go coach high school football.”

In May, Rivers was announced as the next head coach at St. Michael Catholic High School in Fairhope, Ala., effective after his N.F.L. career was over.

Rivers concluded a statement of thanks to fans, coaches and teammates with the Latin phrase “nunc coepi,” which he has translated as “now I begin.” The phrase has served as his motto over the years, and hung on the wall of the Chargers’ locker room.