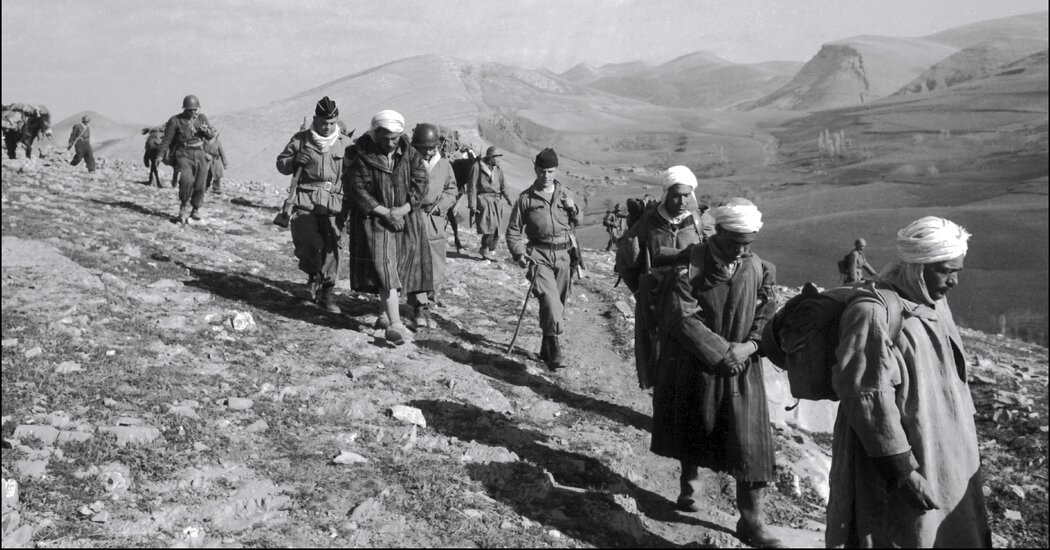 PARIS — France will establish a “memories and truth” commission to review the country’s colonial history in Algeria, following a key recommendation in a new, much-anticipated report commissioned by President Emmanuel Macron and released on Wednesday.

The report also presented a series of other proposals to address longstanding grievances. But it ruled out issuing an official apology for the past, and the proposals avoided the question of systemic torture by French forces, which Mr. Macron has already acknowledged.

The report said its purpose was to achieve a “reconciliation of memories between France and Algeria,” two countries divided not by just the Mediterranean Sea but also by deep animosity stemming from years of colonization and an independence war that left hundreds of thousands dead.

In a statement issued late Wednesday, Mr. Macron’s office said that he would create a Memories and Truth Commission as recommended. In addition, it said, three ceremonies to be organized by the French government in 2021 and 2022 will pay tribute to Algerians who fought on opposite sides of the war and to the agreement that led to Algeria’s independence in 1962.

The report was written by the French historian Benjamin Stora, who will now head the commission. He said the report focused on a series of concrete actions to “lift the lid” on a range of issues left behind by France’s colonial past and the Algerian War.

“If you lift all these lids one after the other, you end up with a real overview of the history of colonization,” he said.

Mr. Macron, in a letter to Mr. Stora in July, called for a “work of truth, responsibility and clarity” on “the wounds of our past.”

In the letter, the president said the “subject of colonization and the Algerian War has for too long hindered the construction of a common destiny in the Mediterranean for our two countries.”

In commissioning the report, Mr. Macron has ventured onto sensitive territory where the last six French presidents were reluctant to go.

The French colonial past in Algeria is a trauma that continues to shape modern France, with nostalgia on the right and resentment among the European country’s large Muslim population. The millions of residents in France who, to varying degrees, have ties to Algeria have competing memories of colonial history and the war, making an official clarification politically risky.

Reconciling with the shadows of its past has proved a long and arduous task for France, as it has been for many nations. It took half a century for France to recognize publicly its responsibility for deporting tens of thousands of Jews to Nazi death camps during the German occupation in World War II.

The truth of the Algerian War also lay buried for decades. Sixty years after the 1954-62 war ended and the curtain came down on 132 years of French colonization in Algeria, the issue of France’s colonial past has set off debates on the integration of French Muslims, many of whom are of Algerian descent.

Perhaps no French president has gone further than Mr. Macron in facing France’s colonial past in Algeria, which he called a “crime against humanity” in 2017. Mr. Macron in September 2018 officially acknowledged for the first time the widespread use of torture by French forces, but neither he nor previous presidents have apologized for France’s colonial past in the African country.

“We’re a country with a colonial past and traumas it still hasn’t resolved, with facts that underpin our collective psyche,” Mr. Macron said in a speech in October. “The Algerian War is part of this.”

Mr. Stora, the historian, suggested a series of about 30 measures, including the conversion of internment camps for Algerians in France into memorial sites and the overhaul of French school curriculums to improve teaching of the history of France in Algeria. A dozen recommendations emphasize the need to increase collaboration between both countries on historical studies.

But the report also advises against officially apologizing for the past, arguing that concrete actions are more efficient for promoting reconciliation. Mr. Macron’s office on Wednesday said there would be “no repentance nor apologies” for France’s occupation of Algeria.

Hardly any of the proposals relate to the systemic torture acknowledged by Mr. Macron.

Raphaëlle Branche, a historian specializing in the Algerian War, pointed to that acknowledgment, adding that she had “never heard an Algerian official make the case” for greater recognition of the issue.

France did not officially denote the fighting that led to Algeria’s independence as an actual war until 1999, and government initiatives to construct a memory of the traumatic period have scarcely gone beyond official discourse since then.

“The problem is that we wasted a lot of time with French-Algerian history just recognizing what happened,” Mr. Stora said.

At times, Mr. Macron’s addressing of the issue has been met with resistance in France, including from his own prime minister, Jean Castex, who has criticized those who “regret colonization.” Mr. Castex has argued that such sentiment could be used as a justification for radical Islamism.

Mr. Macron’s call for the opening of all archives dealing with people who disappeared during the war has also been contradicted by a recent tightening of the French administration’s rules on documents considered confidential, including many pertaining to Algeria.

Mr. Stora, in his report, called for the repeal of those restrictions, saying access to archives were essential for shedding light on the past.

The Algerian War nurtures bitter feelings among the at least five million residents of France with ties to Algeria, including French inhabitants of colonial Algeria who were forced into exile, war veterans and the families of immigrants.

The ideological conflicts that colored the war — such as France’s universalist model in Algeria that blended principles like secularism with nationalism — have been imported onto French soil, and still drive identity politics today. The far-right National Rally party was first rooted in popular opposition in France to leaving Algeria.

Feelings have been particularly acute among many young French people of Algerian descent who have denounced what they see as a perpetuation of racial hierarchies in France dating from the colonial era and a constant questioning of their identity.

“We have inherited a history that is not settled, that happened before us and of which we are suffering the consequences,” said Faïza Guène, a French writer of Algerian origin who recently published “Discretion,” a novel about the silent transmission of colonial trauma within Algerian immigrant families.

Ms. Guène said breaking this silence was what worried many people. “It is the fear of waking up a volcano,” she said.