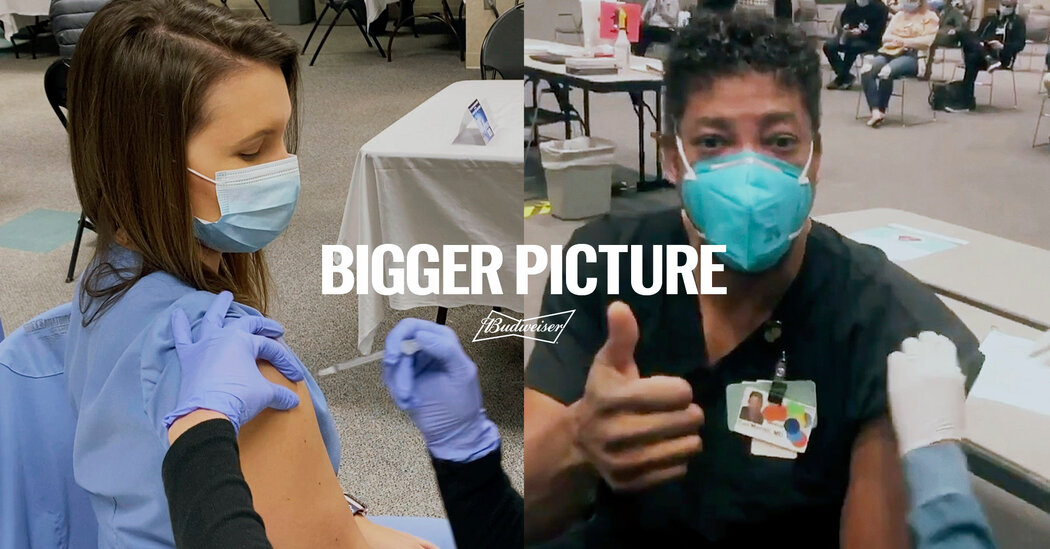 Budweiser, the beer giant whose commercials featuring Clydesdale horses, croaking frogs and winsome puppies made it one of the most beloved Super Bowl advertisers, is opting out of the game-time broadcast this year for the first time in 37 years to focus on raising awareness for the Covid-19 vaccine.

Budweiser, an Anheuser-Busch company, said Monday that it would donate portions of its advertising budget this year to the Ad Council, a nonprofit marketing group at the helm of a $50 million ad blitz to fight coronavirus vaccine skepticism. Instead of debuting a splashy big-game commercial, as Super Bowl advertisers often do in the weeks leading up to the Feb. 7 match, the beer company released its 90-second online vaccination ad, titled “Bigger Picture.” (Anheuser-Busch will still feature prominently during the game, with ads for several of its other beer brands.)

Other Super Bowl stalwarts, including Coca-Cola, Hyundai and Pepsi, will also be missing onscreen. As the pandemic disrupted the sports industry, many companies hesitated to pay CBS roughly $5.5 million for a 30-second slot during a game that some worried could be delayed or even canceled.

In the Budweiser Covid-19 vaccination ad, the actress Rashida Jones urges viewers to “turn our strength into hope” while the melody of “Lean on Me” plays as inspirational images from the pandemic are shown. Ms. Jones, who recorded her narration while isolated from other people in a Hollywood facility, said in an interview that “obviously people want to be entertained, they want to watch funny commercials” but “what’s most important is that we prioritize this next phase.”

The Super Bowl advertising season, which usually extends beyond the broadcast into weeks of teasers, celebrity reveals, YouTube debuts and celebratory live events, is more subdued as companies struggle to adopt an appropriate tone after a year full of marketing missteps.

“You can’t pretend like everything’s OK,” Ms. Jones said. “People can sense when brands are exploiting a moment.”