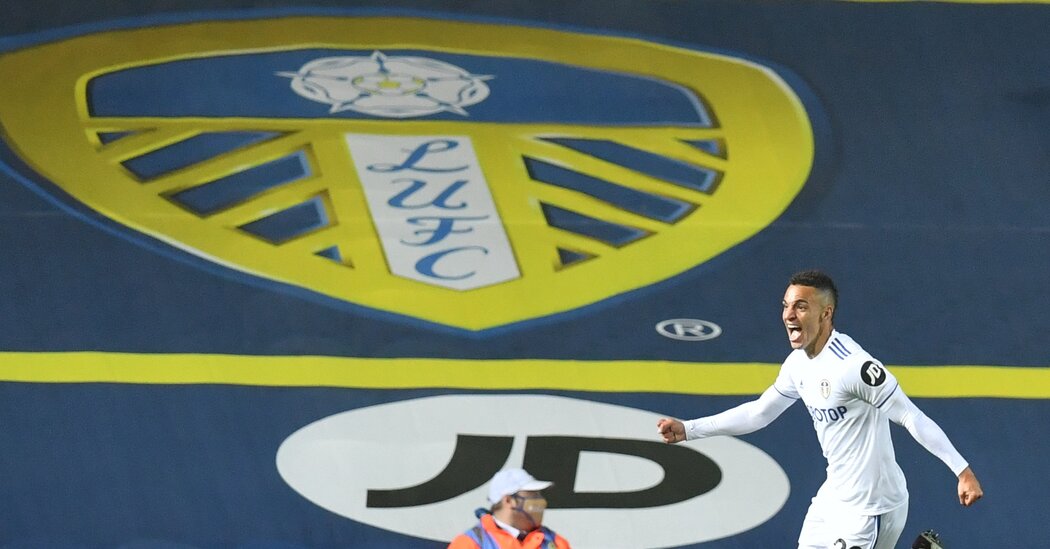 “If we are able to stay in the Premier League, after two or three years I think this club could step up to be in the group of three or four clubs next to the big ones,” Radrizzani said, picking out Leicester City, the unheralded team that went from relegation danger to Premier League champion in the space of a year in 2016, as a trajectory he would like to emulate. Since Leicester’s title victory, its Thai owners have invested in new players, coaches and infrastructure to maintain the club’s place in the upper reaches of the league.

“Our model, I think, is Leicester City,” Radrizzani said. “We have shared this a lot internally. If there’s a club I admire for what has been done in terms of football management, it’s Leicester.”

Having completed the stake sale, Radrizzani acknowledged that he was now considering adding to his own portfolio, perhaps by buying other European soccer teams. The idea, he said, would be to find opportunities that would allow Leeds to develop players at smaller clubs, or to invest in larger ones that would allow him to develop their sporting and commercial models in concert with those at Leeds United.

He said he would not consider, however, emulating Manchester City’s model of multiple-club ownership, with teams spread across multiple continents. Radrizzani said his sole focus would be on Europe.

The relationship between Radrizzani and Marathe has grown to the point that the 49ers executive has come to refer to the Italian as his “brother.” Before the pandemic, Marathe was a frequent visitor to Leeds with Jed York, the 49ers’ chief executive, and an early riser to watch its games from his home in California.

Not being able to travel to Leeds’s Elland Road stadium to witness the final weeks of the team’s promotion to the Premier League did not dull Marathe and the 49ers’ intent on following through with an expanded investment. Neither did the financial losses Leeds United has endured as a result of the pandemic, which Radrizzani estimated to be roughly 40 million pounds ($55 million).