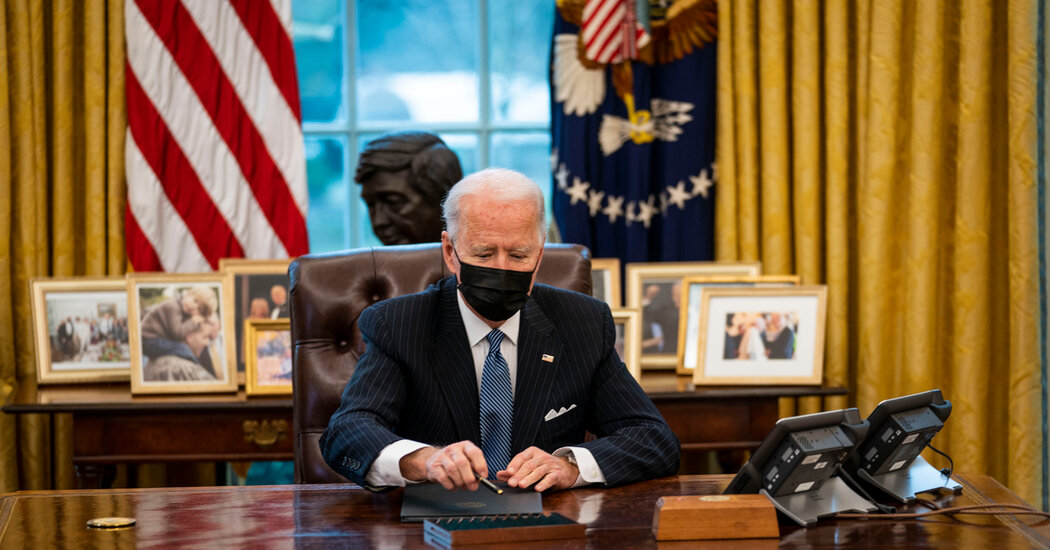 Michael McFaul, a former United States ambassador to Russia, said on Tuesday that the White House was right “to engage Putin on issues of mutual interest like the New Start treaty extension,” while raising Russia’s “belligerent foreign policy actions” and speaking “bluntly about human rights violations inside Russia.”

“The challenge, of course, is implementing all three of these policy ambitions simultaneously,” said Mr. McFaul, now the director of the Freeman Spogli Institute for International Studies at Stanford University. “Navalny and his team, for instance, has called upon the West to sanction not just a handful of obscure Russian intelligence officers responsible for his poisoning and arrest, but instead those Russian billionaires, with real assets in the West, who enable Putin’s regime. Will Biden go that far? Let’s see.”

Not surprisingly, the Russian account of the conversation made no mention of Mr. Navalny, who survived the poisoning, or the considerable evidence that the attack was the work of Russian intelligence. Mr. Navalny’s allies seized on that omission as evidence of Mr. Putin’s brittleness.

“Putin lies always, about everything, to the last,” Leonid Volkov, a close aide to Mr. Navalny, posted on Twitter.

Mr. Biden also raised with Mr. Putin the highly sophisticated hacking of American government and private networks, called “SolarWinds” after the name of the Texas-based firm whose network-management software was one way Russian hackers got access to 18,000 networks. While Mr. Biden has ordered a broad assessment of the intelligence and promised that Russia would pay a price for the action, the White House gave no details of what he said — or threatened.

American intelligence assessments of Russia placing bounties on American soldiers in Afghanistan was also raised by Mr. Biden, as well as what White House officials said was “interference in the 2020 United States election.”

“President Biden made clear that the United States will act firmly in defense of its national interests in response to actions by Russia that harm us or our allies,” the White House statement said. “The two presidents agreed to maintain transparent and consistent communication going forward.”