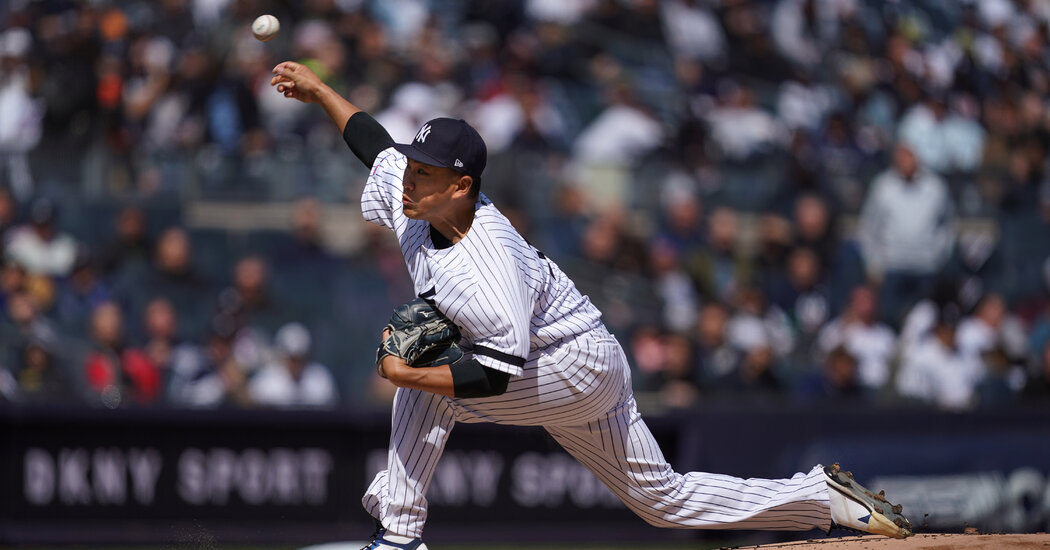 Masahiro Tanaka, a mainstay of the Yankees’ pitching rotation for the last seven seasons, will return to play in Japan, he said Thursday.

Tanaka set Japanese baseball alight in 2013 when he went 24-0 with a 1.27 earned run average for the Tohoku Rakuten Golden Eagles. He plans to rejoin the Golden Eagles for 2021.

That remarkable 2013 season made Tanaka a hot commodity among major league teams, and the deep-pocketed Yankees landed him with a seven-year, $155 million contract. As part of the deal, they also paid a $20 million posting fee to Tanaka’s old team.

Initially hailed as the new ace of the franchise, Tanaka had six consecutive winning seasons with the Yankees before going 3-3 in the truncated 2020 season. While never living up to his advance billing, he made two All-Star teams and was the Yankees’ opening day starter four times. He finished his career in New York with a record of 78-46 and a 3.74 E.R.A.

A right-hander, he also has been a member of Japan’s team at the World Baseball Classic, winning a gold medal in 2009 and a bronze in 2013.

“I feel extremely fortunate for having the opportunity to take the field as a member of the New York Yankees and play in front of all you passionate fans,” Tanaka said in a statement on Thursday.

The loss of Tanaka leaves the Yankees rotation with a number of question marks after Gerrit Cole, the team’s ace.

They traded for Jameson Taillon of the Pirates last weekend, but he is recovering from elbow surgery. Luis Severino has missed most of the past two seasons with injuries and could miss a chunk of this one. Corey Kluber, a two-time Cy Young Award winner whose signing became official on Wednesday, missed almost all of 2020 with a shoulder injury. Two unproven starters, Deivi Garcia and Jordan Montgomery, round out the projected rotation.

The acquisitions of Kluber, and Taillon especially, seemed to indicate the Yankees were not focused on re-signing Tanaka, 32. Although other teams in the major leagues were interested, Tanaka opted to return to Japan.

The Yankees, known for spending their ample capital to get the players they want every off-season, have been somewhat more frugal by their standards this year. Taillon, for example, is under contract for only $2.25 million this year — a fraction of what Tanaka would earn — and is under team control for 2022 as well. And Adam Ottavino, a solid reliever, was traded to the Boston Red Sox this month in what amounted to a salary dump.

That left little room for Tanaka, who was reportedly seeking an eight-figure salary. Still, even with his departure, the Yankees’ payroll remains among the highest in the majors.