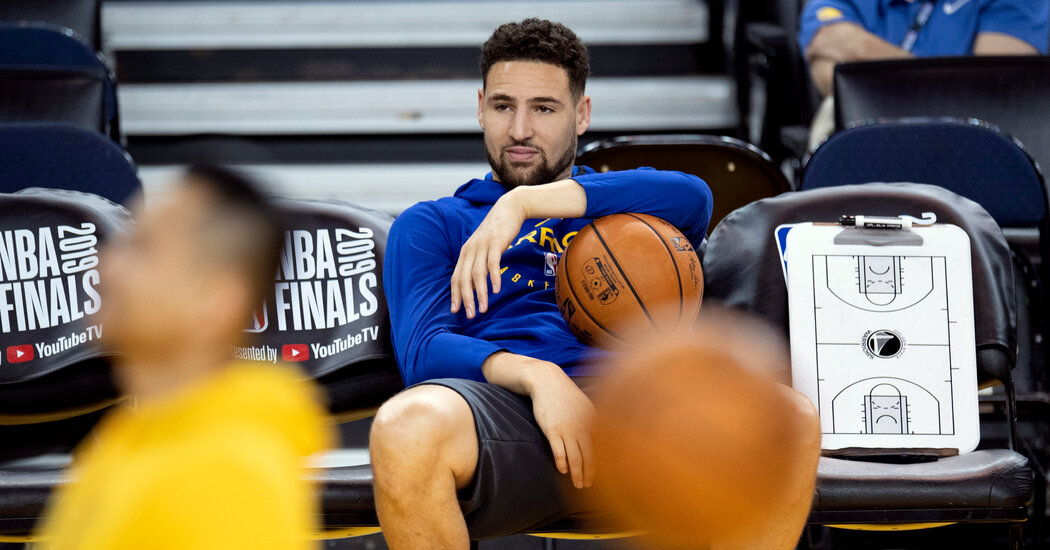 Thompson, who remains in a walking boot, added that he had been reluctant to make his cameo, but then he saw that the network had produced a branded “Reporter Klay” backdrop for him to use.

“Someone went through great lengths to make that happen,” he said, deadpan, “so I felt bad not fulfilling my end of the deal.”

Myers likened his job as general manager to assembling a jigsaw puzzle: Say the puzzle is missing a random piece toward the right. Though the missing piece might be noticeable, Myers said, the general idea of the puzzle would still be intact.

Now say the puzzle is missing one of the corners.

The Warriors were missing two corner pieces last season. Curry was sidelined for all but five games because of a broken left hand. Thompson split his time between San Francisco and Los Angeles as he focused on rehabilitating his knee. He watched from a remove as the Warriors finished with the worst record in the league.

“It’s pretty abrupt to go from five straight finals to just out for the season,” Myers said, “and I think he was just working through how to manage that mentally. I can’t speak for him, but I think he was trying to figure out where to be, and it was challenging.”

This season, Curry has returned to his familiar form, and the Warriors — with multiple new pieces — have been mostly competitive after a rocky start. At the same time, Thompson has been a much more consistent presence around the team, taking up residence on the bench at home games — something he did far less often last season.