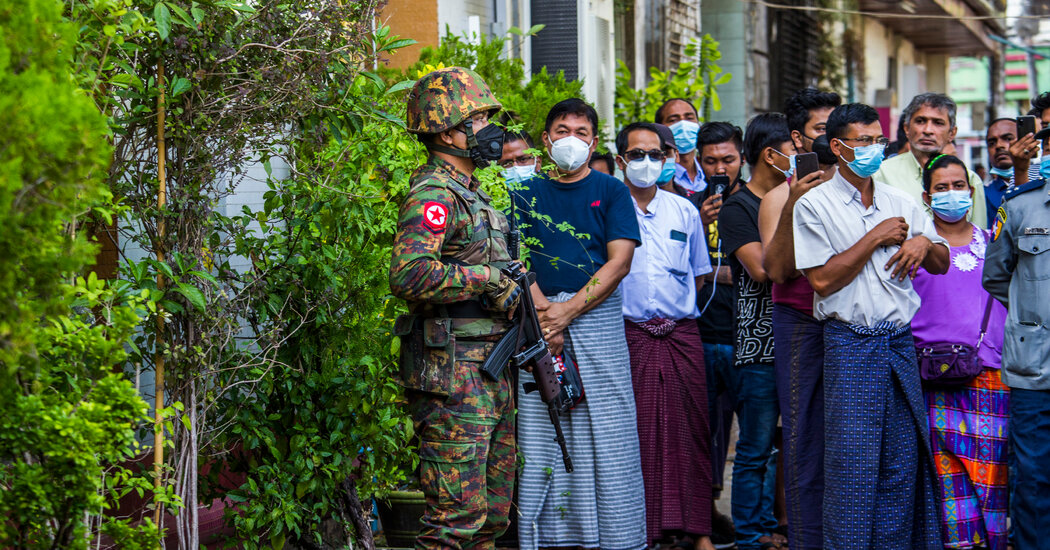 This cycle repeated over the next few years as several of Myanmar’s slow-burning insurgencies combusted.

“She was actually much harder-line than the military was,” Mr. Connelly said, referring to a particularly bloody campaign in Rakhine, a long-troubled region. “The military called a cease-fire, and Aung San Suu Kyi was supposed to play her part by calling elections in Rakhine State. She refused to do that, and so the cease-fire went to waste.”

These episodes deepened a sense of zero-sum, even lethal, power struggle, “generating conditions for a conservative revolt” among military officers, said Mr. Paliwal, citing his time on the ground in Rakhine during some of the heaviest fighting.

A bloodless but no less fierce struggle played out in the capital. In January 2020, Ms. Aung San Suu Kyi, apparently hoping to replace the international allies she had lost by defending the military, hosted Xi Jinping, China’s leader, for a state visit.

But Myanmar military leaders widely see China as an enemy that props up their country’s insurgencies. The junta is thought to have handed off power partly as a gambit to break China’s grip on the country, hoping that Ms. Aung San Suu Kyi would bring Western support. Instead, she had Mr. Xi marching through the capital.

Two months later, Ms. Aung San Suu Kyi attempted to push through constitutional amendments that would have gradually shrunk the military’s share of Parliament from 25 percent to 5 percent. Though it failed, it was a political shot across the bow of an institution with the power to fire actual shots in return.

Her party won the November election in a blowout, shrinking the military proxy party’s share of seats even further. General Min Aung Hlaing was set to retire later this year. It may have looked, to the generals, like a window was closing.