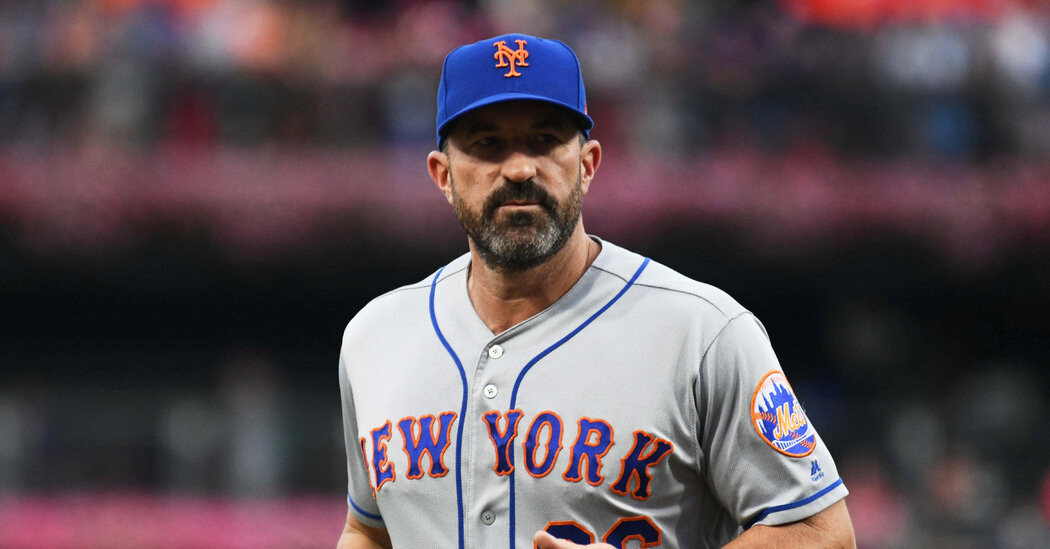 Mickey Callaway, who managed the Mets for two seasons before being fired in 2019, has been accused of making unwanted sexual advances by five women who work in sports media, according to a report from The Athletic. The reported advances spanned at least five years, during which Callaway was employed by three teams, including the Mets.

Callaway, who is currently the pitching coach of the Los Angeles Angels, wrote in an email to The Athletic that he would not respond to “general allegations” but that he looked forward to “an opportunity to provide more specific responses.” He said that he had been involved only in consensual relationships and that his conduct “was in no way intended to be disrespectful to any women involved.”

The five women, all of whom spoke to The Athletic on the condition of anonymity, described a pattern of Callaway repeatedly sending unwanted emails and text messages, including shirtless photographs. One woman said he asked her to send nude photographs, while another said he thrust his crotch toward her face while she was interviewing him.

The two reports highlight the difficulties faced by female reporters covering men’s sports. Reporters must obtain the phone numbers of possible sources, creating the potential for those sources — who hold enormous sway in their sports — to pursue them and send inappropriate messages.

“I was just trying to be nice; he was the manager,” one of the women told The Athletic of her interaction with Callaway.

In response to a request for comment, the Mets told The Athletic that the team “learned” in August 2018 of an incident that took place before it hired Callaway. The Mets said they had investigated the incident, but did not reveal what it involved or the outcome of their investigation. Callaway continued managing the team for another 14 months.

The team has yet to comment further on the incident.

The Angels told The Athletic they would conduct an investigation. The Cleveland Indians, for whom Callaway was a pitching coach before being hired by the Mets, said they would review the matter and consult with Major League Baseball.