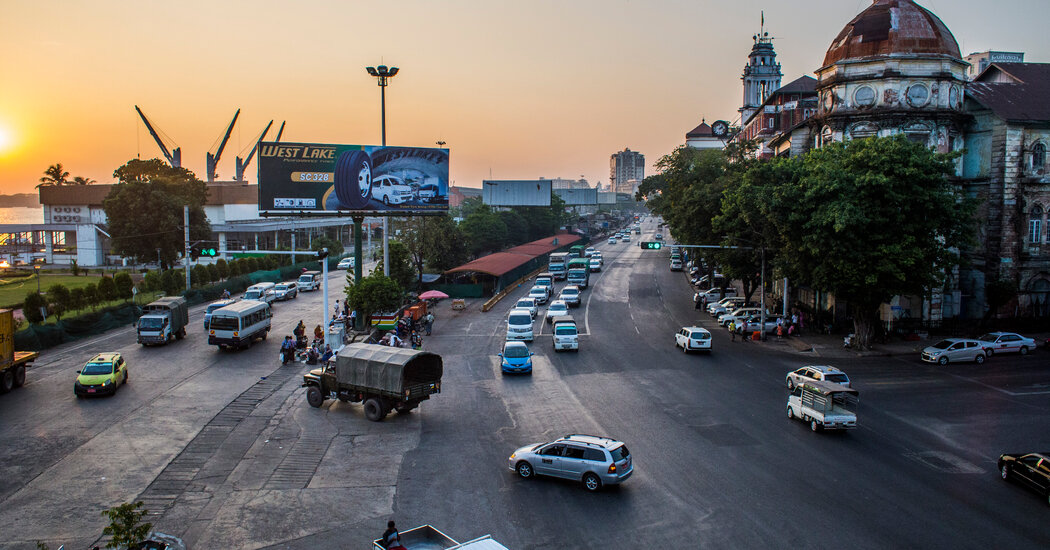 In a matter of hours on Monday morning, Myanmar’s short-lived adoption of representative government came to an unceremonious end when the military rounded up the country’s civilian leadership and effectively declared a coup d’état.

With tanks and helicopters, soldiers and police officers, the military seized control of the levers of state — canceling a planned session of Parliament, cutting off internet and telephone networks, and taking control of both the airports and the airwaves.

After a decade of parliamentary elections, democratic reforms and power sharing with a pro-democracy opposition, the military is once again in full charge. Daw Aung San Suu Kyi, the leader of the civilian government, is once again under house arrest. And the fate of 54 million citizens is once again unknown.

A banner expressed support for Ms. Aung San Suu Kyi, above, in a neighborhood of Yangon on Monday. Elsewhere in the city, supporters of the military celebrated the takeover with a rally.

Protests against the Burmese military erupted around the world, including one outside the Myanmar Embassy in Bangkok. The city is home to many refugees from Myanmar.

Members of the military in Naypyidaw. The capital was moved to Naypyidaw from Yangon in 2005.

A military helicopter above Naypyidaw on Monday.

Hundreds of police officers were deployed on the streets of Yangon, formerly Rangoon, the country’s largest city and its commercial capital. The authorities also suspended international flights to and from the city’s airport.

The stock market and commercial banks were closed, and long lines were seen at A.T.M.s, like this one, below, in Yangon.

Some demonstrators, including nationalist Buddhist monks, celebrated the coup in Yangon.

The Sule Pagoda in Yangon on Monday. The stupa has been the site of several pro-democracy protests.