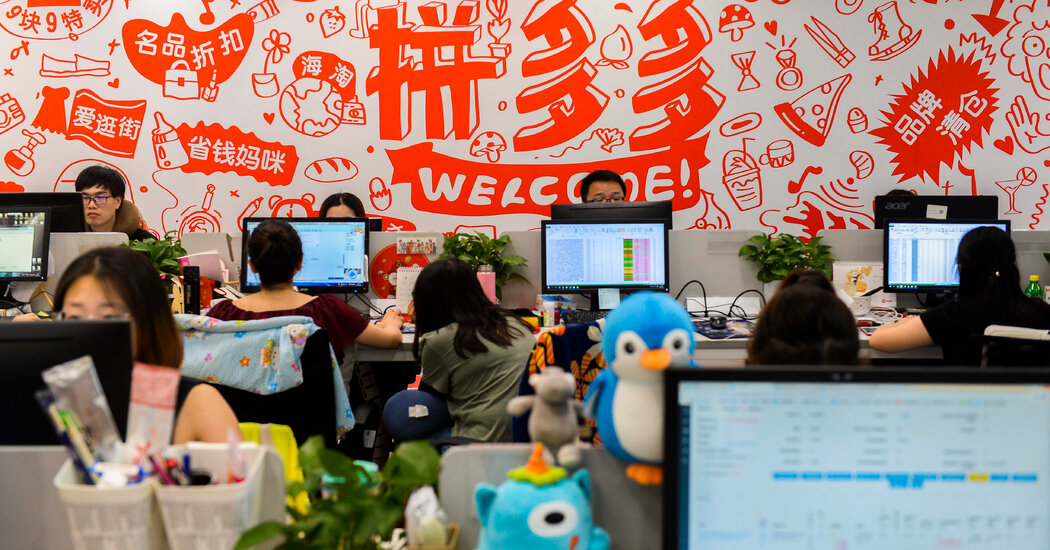 Lyu Xiaolin, an employee at a major Chinese tech company, said she had discussed the Pinduoduo deaths extensively with colleagues, who agreed that the idea of unbearable work pressure felt all too familiar.

“The conclusion was this is too terrible, and we have to cherish our own lives,” she said. “We should make sure to leave work earlier in the future.”

She herself had switched roles in her company, which she did not want identified for fear of retaliation, because her previous job often required her to work until 11 or 12 at night, sometimes even 3 a.m. She had sought therapy to ease the mental burden.

China’s hypercompetitive work culture, especially in the tech world, has been a frequent source of concern and criticism in recent years. While many once celebrated the growth-at-all-costs attitude as an engine for China’s development, young employees have increasingly complained of the cost to their health and personal relationships.

That discontent exploded prominently in 2019 when rank-and-file tech workers organized a rare online protest against what is commonly known as “996” culture — workdays that stretch from 9 a.m. to 9 p.m., six days a week — and pushed awareness of China’s labor law, which generally prohibits workdays exceeding eight hours without overtime pay. But companies insist the long hours are voluntary, and the authorities, wary of any unofficial mobilization, censored many discussions of the movement. The internet moved on.

The debate has erupted anew.

On Jan. 3, an anonymous user on Maimai, a professional networking platform, wrote that a friend at Pinduoduo had died unexpectedly and blamed the company. The post gained traction, and Pinduoduo confirmed that an employee surnamed Zhang had died on Dec. 29 on her way home.

There was no public explanation of the cause of death, but many online linked it to overwork. Users noted that Ms. Zhang had been working on a new online grocery product that Pinduoduo had promoted heavily, and that the company’s chief executive, Colin Huang, had just been named China’s second-richest person.