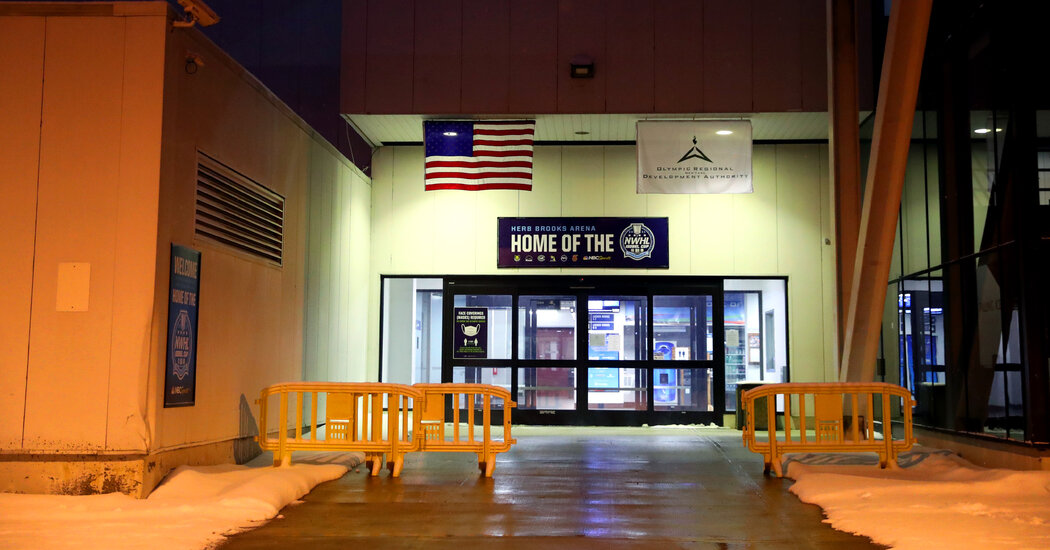 In what was deemed a “make or break” moment, the National Women’s Hockey League’s two-week bubble season ended on Wednesday when the league announced it was suspending the playoffs because of new positive coronavirus tests among players.

The premature end of the season in Lake Placid, N.Y., is a major blow to a league that was making noticeable strides toward increasing its visibility and sponsorships.

Over the past week, the N.W.H.L. had announced new sponsorship deals with Discover and Dick’s Sporting Goods. The league was also scheduled to have its postseason games — set for Thursday and Friday — broadcast on NBC Sports Network, the first time professional women’s hockey would have been shown live on a major cable network in the United States.

The league had planned for its six teams to play five games each before the playoffs, but now the league must consider how to move forward after the coronavirus pandemic canceled the 2019-20 finals and disrupted its comeback attempt after a 10-month hiatus. Tyler Tumminia, the league’s interim commissioner, said she hoped the league would be able to continue the playoffs at a later date.

“Unfortunately, we didn’t get into the end zone here of making history with having our athletes on the network,” Tumminia said in a news conference Wednesday night, adding that “it was in our best interest to suspend.”

Two teams had withdrawn before the league suspended play. The Metropolitan Riveters, a team based in New Jersey, pulled out of the competition last Thursday after 10 players tested positive for coronavirus. Tumminia would not disclose further results, citing privacy concerns.

The Riveters shared lodging with other teams, including the Connecticut Whale, which withdrew from the bubble on Monday. The Whale, in a statement released Wednesday, said they had left in order to prioritize the health and safety of their players. On Wednesday, the Boston Globe reported that six members of the Boston Pride had tested positive.

“This is no joke, this pandemic,” Tumminia said.

In an interview before the games started on Jan. 23, Tumminia detailed some of the league’s protocols, including the expectation that players would remain in their rooms when not on the ice at Herb Brooks Arena, which is operated by the New York State Olympic Regional Development Authority.

“It’s as restrictive as can be,” she said at the time.

But it quickly became apparent that the N.W.H.L.’s setup in Lake Placid was not a true bubble.

Shortly after the teams began arriving in Lake Placid on Jan. 21, videos emerged on social media of players congregating together and hanging out in the rink during other teams’ games.

The N.W.H.L. also began bringing in players from outside the bubble during the competition.

The league’s protocols were created in conjunction with the development authority and Dr. Andrew Feldman and Dr. Guillem Gonzalez-Lomas at N.Y.U. Langone Health. A spokeswoman for New York University did not respond to an email seeking comment from the doctors.

She added, “These protocols were put into place to ensure the health and well-being of athletes, officials, staff, and the community during this ongoing public health emergency.”

After the Riveters withdrew, Theresa Chapple-McGruder, an epidemiologist in Washington whose recent work has focused on sports during the pandemic, said that ice hockey seemed particularly prone to spreading the coronavirus.

The cold indoor environment and heavy breathing in proximity are “exactly what you need to spread the virus,” said Chapple-McGruder, who does not work with the N.W.H.L.

Recently, Linda Beers, the director of public health in Essex County, N.Y., said earlier this winter that tourists visiting Lake Placid were contributing to the spread of the coronavirus. Beers did not respond to an email seeking comment about the N.W.H.L. outbreak. Nor did Craig Randall, the mayor of Lake Placid, or representatives for Gov. Andrew M. Cuomo of New York.

Tumminia said players had to test negative before leaving the site but did not say if players would have to go into quarantine before leaving. Some members of the Riveters returned home immediately after their team’s withdrawal.

While it doesn’t appear that the N.W.H.L. will return to the ice anytime soon, a rival organization, the Professional Women’s Hockey Players Association, a loose confederation of players who train and play exhibition games together, announced plans on Wednesday to hold an exhibition game at Madison Square Garden on Feb. 28.

A spokeswoman for the association said that all P.W.H.P.A. players and staff members would have to follow guidelines for seven days before traveling to New York and that more details would be released in the coming weeks.

The P.W.H.P.A. was one of several women’s sports organizations that made big announcements on Wednesday, which was National Girls and Women in Sports Day.

That significance was not lost on Ann Pegoraro, who is the chair in sport management at the University of Guelph in Ontario and a follower of the N.W.H.L.

“It’s a pretty big blow hearing a league having to close down on that day,” Pegoraro said, adding that the N.W.H.L. would now have to rehabilitate its business image. “It’s trust. A lot of sponsor relationships are built on mutual interests: We like what you stand for as a league, and we like the values. So the secrecy and the way the N.W.H.L. handled the outbreak will certainly erode the trust.”

The league’s internal operations will also most likely be examined, Pegoraro added.

“We’ve seen the N.W.S.L. and W.N.B.A. put on successful seasons limited to no real positive cases,” she said. “What happened in league ops? There are questions about the conditions these athletes are playing in.”