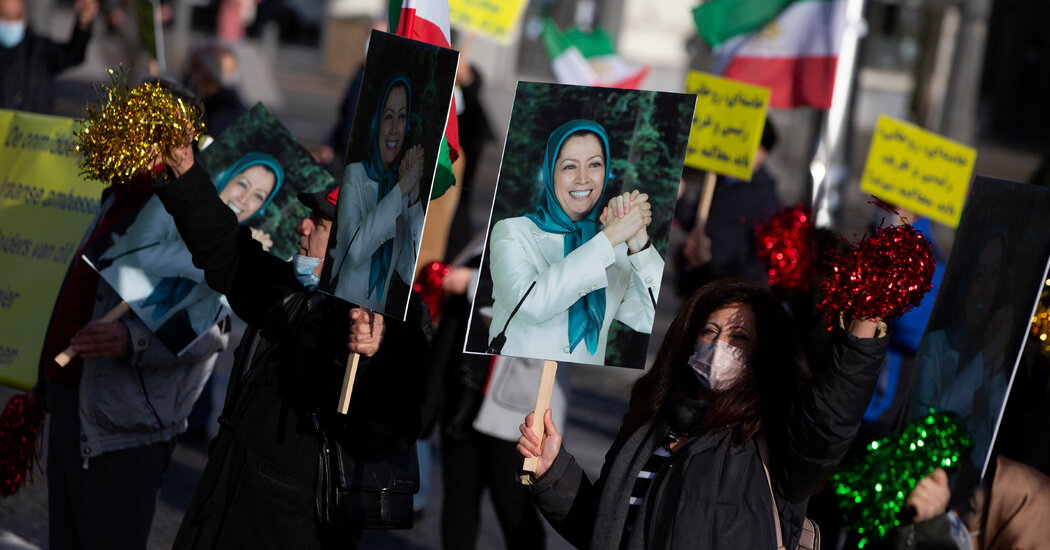 The Belgian court also convicted three accomplices of Mr. Assadi, all dual citizens of Iran and Belgium, who were given jail terms of 15 to 18 years and stripped of their Belgian citizenship. All three are believed to be agents of the Iranian intelligence ministry, prosecutors said.

The head of Belgium’s State Security Service, Jaak Raes, said in a letter to the prosecutors that intelligence officials had determined the planned bombing was a state-sanctioned operation, approved by Tehran.

A spokesman for the Iranian Ministry of Foreign Affairs condemned the verdict, calling Mr. Assadi’s detention and sentence illegal under international law. “Iran reserves the right to resort to legal and diplomatic means to realize the rights of Assadollah Assadi and hold governments accountable for violating their international obligations,” said the spokesman, Saeed Khatibzadeh, according to the semi-official Fars News Agency.

Mr. Assadi was attached to the Iranian mission in Austria when he supplied explosives for the planned attack. Prosecutors said that he brought about a pound of the explosive triacetone triperoxide, or TATP, and a detonator from Iran to Vienna in his luggage and then drove it to Luxembourg. There, he handed it over on June 30, 2018, to an Iranian-Belgian couple at a Pizza Hut. Mr. Assadi was arrested at a service station in Germany, where he did not have diplomatic immunity, as he drove back to Austria.

The couple, Amir Saadouni, 40, and his wife, Nassimeh Naami, 36, had been granted political asylum and later citizenship in Belgium. They were arrested as they drove to Paris from Antwerp on the day of the rally. The fourth defendant, Mehrdad Arefani, 57, was an associate of Mr. Assadi who was supposed to guide the couple at the rally.

Iran has been accused in the past of trying to eliminate opponents abroad. Denmark called for sanctions against Iran for planning another assassination there in 2018.

Mr. Assadi was in contact with Iranian agents all over Europe, according to documents provided to Belgian prosecutors by the police in Germany and the Netherlands, according to Belgium’s Flemish broadcaster, VRT. The documents include a notebook found in his car containing numerous receipts for payments to people identified only by aliases.