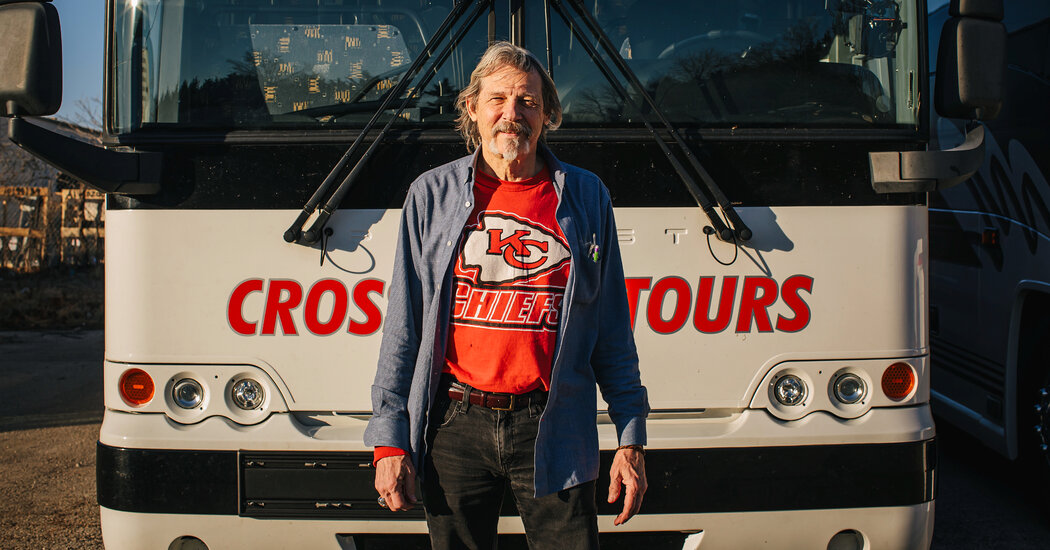 This year, however, he plunked down $6,753 for a ticket, in part because his cousin, who was born and raised in Kansas City, now lives in Tampa. Earlier this season, he made the same trip, to watch the Chiefs play the Buccaneers in the same stadium on the weekend after Thanksgiving.

Coleman’s cousin, Sara Carrasquillo, also bought a ticket, which she acknowledged was quite expensive. But since she lives in the Tampa area, she has no travel costs. “I just realized that I can always make the money back,” said Carrasquillo, who owns a waxing studio. “It’s not going to take me a whole lot of time to make it back, as if maybe I worked for someone.”

Neither of the cousins seemed to have many health concerns about attending. Carrasquillo said she believed that the necessary precautions were being taken, and that because she has healthy eating habits she is in a “good position to fight off any virus.” Coleman said that he would wear a mask and wash his hands consistently, but that his mantra was to “be conscious but not scared.”

Ultimately for Coleman, the allure of watching his favorite team in the Super Bowl overrode all other considerations. “On my deathbed, this will probably be one of the top five days I remember in my life, you know?” he said.

Getting to see the Super Bowl in person may be tougher than ever. Chiefs fans hoping to attend the game could buy tickets through the N.F.L. or the team, or through companies that work with the league to sell packages that can include airfare, lodging, food and entertainment. Or they could buy up seats purchased by the dejected fans of teams who didn’t make it.

Christian Mollon, a Buffalo Bills fan who now lives in Kansas City, paid almost $20,000, including fees, for two Super Bowl tickets before the A.F.C. championship game against the Chiefs. He had a hotel room reserved in Tampa, and was just waiting for the Bills to win. They did not.