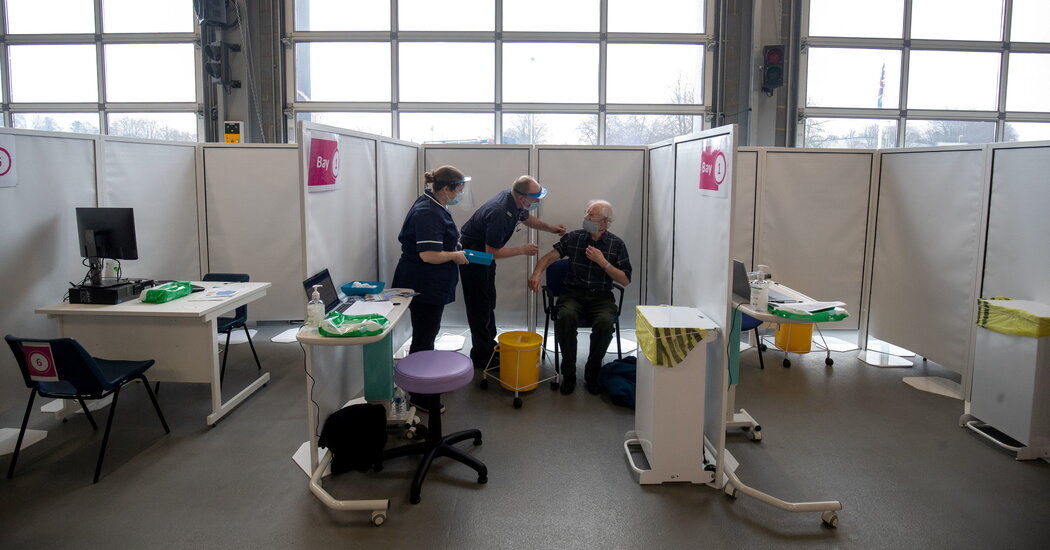 The Covid-19 vaccine developed by AstraZeneca and the University of Oxford protected people against a new, more contagious coronavirus variant at similar levels to the protection it offered against other lineages of the virus, Oxford researchers said in a paper released on Friday.

The paper, which has not yet been peer-reviewed, said that the vaccine had 74.6 percent efficacy against the new variant, which was first detected in Britain and is known as B.1.1.7. That was similar to, though potentially slightly lower than, its efficacy against other lineages of the virus.

The encouraging, albeit preliminary, findings suggest that all five of the leading vaccines may offer at least some protection against new variants of the virus spreading around the globe. Still, the mounting evidence suggests that mutant viruses can diminish the efficacy of vaccines, increasing the pressure on countries to quickly vaccinate their populations and outrace the variants taking hold across the globe.

In clinical trials, the AstraZeneca-Oxford vaccine protected all participants against severe illness or death.

The Oxford scientists behind the vaccine took weekly swabs from the nose and throat of participants enrolled in their clinical trial in Britain. To determine the vaccine’s efficacy against the new variant, they sequenced the viral particles from several hundred swabs between Oct. 1 and Jan 14, a period when the new variant was known to be present in Britain.

The vaccine had 84 percent efficacy against other lineages of the virus, compared to 74.6 percent against the new variant, though the scientists did not have enough statistical confidence to know for sure if the vaccine was slightly less effective against the variant.

Andrew Pollard, the lead investigator of Oxford’s vaccine trial, said in a news conference that the new data show that the vaccine has “very similar” levels of efficacy against the original pandemic virus and the variant that has been rapidly in the U.K. and some other countries.

The researchers also conducted laboratory tests on blood samples from clinical trial participants who had been vaccinated. They found a nine-fold reduction in the activity levels of the vaccine-generated antibodies against the B.1.1.7 variant compared to another lineage of the variant. That’s a sign that the vaccine may have less power to neutralize the variant, though it appears to still be potent enough to be protective.

The variant first detected in Britain has since been reported in more than 70 other countries. Public Health England has estimated that the variant’s rate of infection is 25 percent to 40 percent higher than that of other forms of the coronavirus.

Preliminary data from lab tests of the vaccines from Pfizer and Moderna suggest that they offer good protection against the B.1.1.7 variant. Novavax, which sequenced testing samples from its clinical trial participants in Britain while the variant was circulating widely there, found that its vaccine was highly effective against the B.1.1.7 variant.

The paper released on Friday did not address the AstraZeneca vaccine’s protective power against another fast-spreading coronavirus variant, known as B.1.351, that was first identified in South Africa. Researchers are conducting similar lab tests to try to measure the effect of that variant on the vaccine’s potency.

AstraZeneca’s vaccine has been authorized in nearly 50 countries around the globe but not the United States, where the Food and Drug Administration is waiting on data from a clinical trial that enrolled more than 30,000 participants, mostly Americans. Results from that study are expected in March.

In the United States, the B.1.1.7 variant has been identified in 33 states, but the full extent of its spread is unknown because of the lack of a national surveillance program. Federal health officials have warned that it could become the dominant form of the virus in the United States by March.