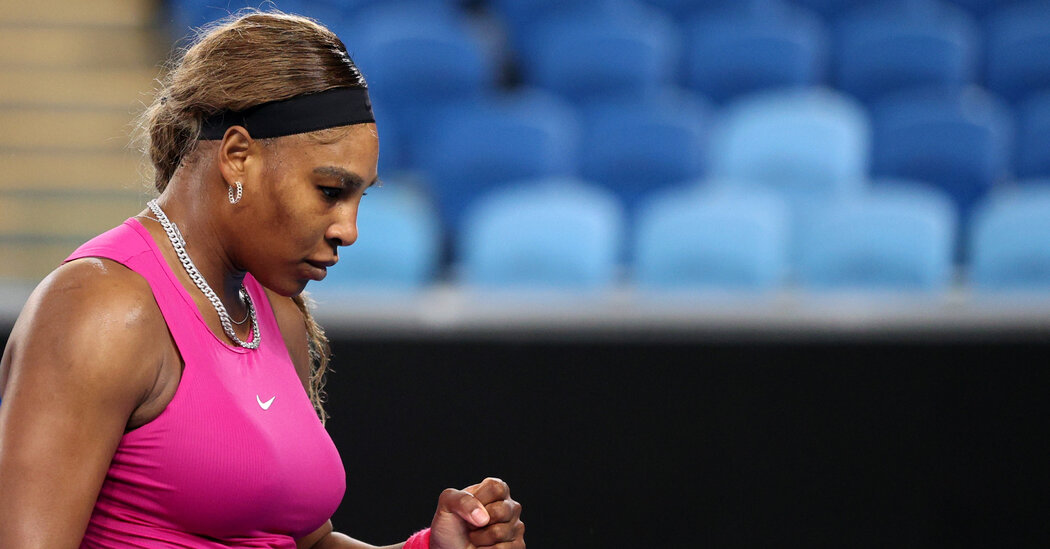 Tennis has returned to Melbourne, the site of the last Grand Slam event before the coronavirus pandemic, finding itself both profoundly changed since the last Australian Open and yet eminently recognizable. The top men are still dominating, Serena Williams is still seeking a 24th Grand Slam title, and a growing cast of talented young champions is vying for a sturdy foothold atop the ever-undulating women’s tennis ladder.

Here are the biggest stories of the Australian Open, which begins Monday.

Serena Williams Is Still in the Chase

After winning her Open era-record 23rd Grand Slam singles title at the Australian Open four years ago, Williams has returned to Melbourne for an 11th attempt at adding one more to her lofty haul.

Since returning from maternity leave in 2018, Williams has repeatedly put herself in position to contend for an elusive 24th singles title, having reached four Grand Slam finals and a semifinal but come up just short each time. Williams looked sharp in her three matches at a warm-up event in Melbourne last week, reaching the semifinals on the strength of strong all-court play with particular acuity in her serve, which was reaching speeds upward of 120 miles per hour. That semifinal would have been a blockbuster against top-ranked Ashleigh Barty, but Williams withdrew well before it would have begun, citing a shoulder problem (and most likely not relishing such a high-caliber throwdown just two days before a Grand Slam).

A video from Architectural Digest of Williams nonchalantly giving a tour of her trophy room went viral last week but did not do justice to the hunger Williams has maintained, in a career that has already had so much, to keep working for more. Courtney Nguyen, a senior writer for WTA Insider, drew laughter when she told Williams that “the way we look for a fork in a drawer is the way you look at your trophies.”

Margaret Court, whose overall record of 24 Grand Slam singles titles includes many won during the amateur era, is again proving polarizing in Australia after an honor from the government once again shined a spotlight on her history of bigoted remarks. As Williams reaches as close to underdog status as she might ever allow herself to get, public sentiment toward Williams in her quest to equal and surpass Court’s record might never be higher.

Young Champions Lead the Women’s Side

In a testament to the depth of women’s tennis — and the lack of any player who has emerged as a consistently dominant presence — there are four women in the Australian Open draw who won their most recent matches at Grand Slams. One is Williams, who withdrew from the French Open in September after winning her first-round match. The other three women all won titles in their most recent Grand Slam appearances, solidifying themselves as emerging stars: Iga Swiatek, 19, last year’s French Open champion; Naomi Osaka, 23, last year’s United States Open champion; and the 2019 U.S. Open champion Bianca Andreescu, 20.

Add to that mix the top-ranked Barty, 24, and the defending Australian Open champion Sofia Kenin, 22, and it becomes clearer still that women’s tennis is spoiled for possibilities for a potential standard-bearer for women’s tennis at Grand Slams.

Andreescu, who has not played since the fall of 2019 after a knee injury, is the most enigmatic of the bunch. She overwhelmed all comers while healthy that season, winning the U.S. Open, Indian Wells and the Rogers Cup in Toronto, but she was not healthy enough to vie for almost any other title. Her return to the tour has been full of stops and starts, but she has said she feels “ready to go” in the Australian Open.

Andreescu said that watching her matches from 2019 had helped her get “into the mood, into the mind-set.”

“I felt the same things like I did in 2019, which I think really helps me just get in character,” Andreescu said on Friday. “It really inspired me, too, just watching myself play again. I don’t normally like to do that, but I think it was good for me since I haven’t played for so long. Hopefully that can help me bounce back on the court quicker.”

The Men Can Run Up the Score

While the women have vanloads of trophy-bearing contenders in Melbourne, just who will leave with the men’s title in two weeks doesn’t seem as open a question.

Top-ranked Novak Djokovic, who has won the tournament a men’s record eight times, is consistently at his best in Melbourne. Second-ranked Rafael Nadal, who thrashed Djokovic in October’s French Open final, equaling Roger Federer’s total of 20 Grand Slam titles, has consistently been one of the most opportunistic competitors in the sport. He might pounce on his long-awaited first chance to surpass Federer’s mark. (Federer, who has not competed since an injury at last year’s Australian Open, is entered in a March ATP event in Doha, Qatar.)

The sole interruption to the Big 3’s hegemony in the last four seasons came last year when Djokovic, the lone member of the trio to compete at the U.S. Open, got himself defaulted from his fourth-round match by unintentionally hitting a ball into a lineswoman’s throat. His absence cleared a path for Dominic Thiem to win his first Grand Slam final on his fourth attempt. The third-ranked Thiem, and fourth-ranked Daniil Medvedev, are finding success at smaller events, but they haven’t yet shown an ability to beat Nadal or Djokovic — or, more likely, both — to steal a Grand Slam title.

Last year’s Australian Open was largely overshadowed by the wildfires burning across the country, occasionally in a literal sense as smoke hung in the air over Melbourne.

This time, the haze over the tournament and the sport is far more existential. Australia has been among the most successful countries in combating the coronavirus pandemic, with fewer than 1,000 people having died of the illness in a population of over 25 million, because of strict lockdowns and collaborative measures.

The decision to stage an international tennis event — and to afford arriving players some exemptions from the strict 14-day hotel quarantine that others international travelers entering the country have endured — has proved divisive. Despite affordable tickets, attendance at the warm-up events at Melbourne Park last week was meager, and a positive test from a worker in the hotel quarantine program announced midweek did little to draw locals. And with the difficulties around both domestic and international travel, the crowds are going to be almost entirely local this year.

Even if the Australian Open goes smoothly and is completed without any further coronavirus scares, the sport will leave Melbourne with an unclear outlook. Indian Wells, the major tournament in the California desert each March, has already postponed this year’s edition.

To get back to anything resembling normal, the professional tennis tours will require both reliably easy international travel and crowds who are able and eager to attend large public events. As long as the trip to Australia has always been, those destinations feel even farther away right now.