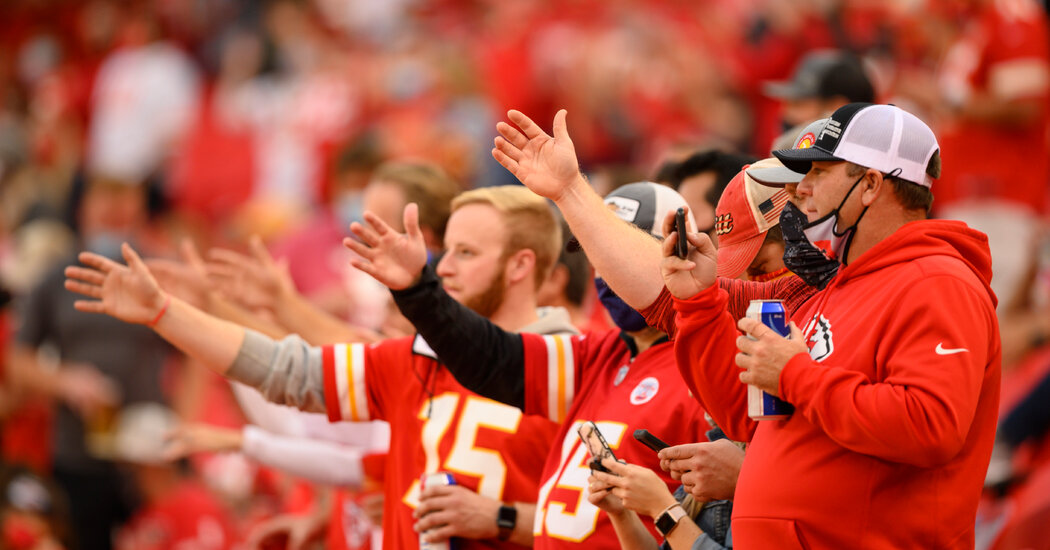 The Kansas City Chiefs have banned fans from wearing Native American headdresses at Arrowhead Stadium, but fans continue to swing their arms in a tomahawk chop to celebrate their team’s success on the field. They did it again as the team ran onto the field Sunday.

Chiefs fans brought the chop, and its accompanying chant — a made-up war cry — to the Super Bowl on Sunday, just as they had at last year’s title game in Miami. The league piped the chant into the stadium as part of the pregame ceremonies.

To many Native Americans and others, the act is a disrespectful gesture that perpetuates racist stereotypes of the nation’s first people and embarrasses a city that fancies itself a hub of culture and innovation.