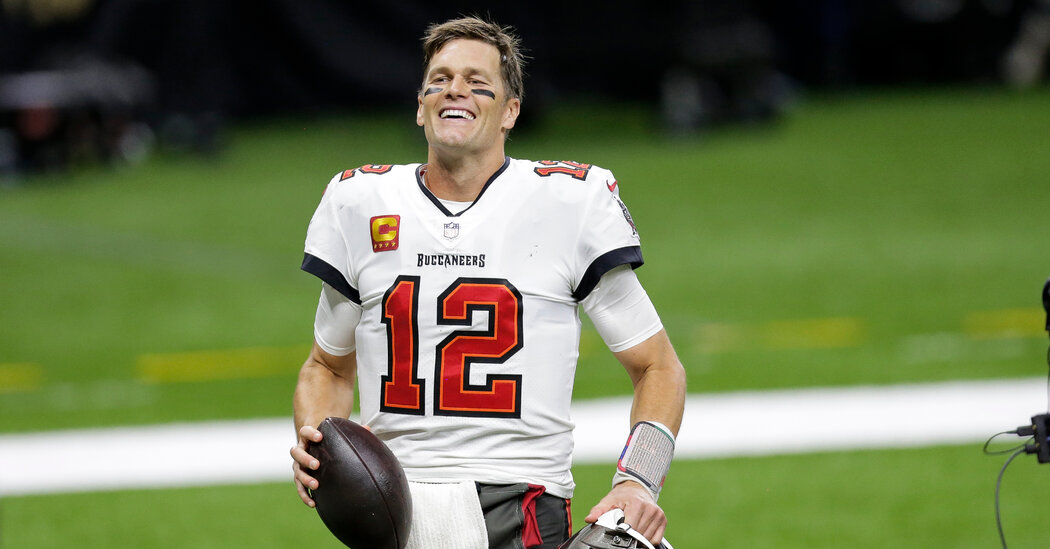 Acolytes can make an appointment with a TB12 Body Coach, “your partner in performance and recovery,” either virtually or at one of several TB12 locations in Massachusetts and Florida. “Replacing injury and rehab with pliability and prehab” is a catchphrase. Sleep and mindfulness are also promoted at TB12 as key components to good health.

The prevailing mood is calm, which feels counter to football’s grunting culture of power and testosterone. All that is missing are candles scented like Tom Brady.

Does his philosophy work? Is that the key to his football longevity, or is Brady merely the beneficiary of great genes and luck?

After all, he has not missed a game because of injury since 2008.

“Genetics is probably less than 10 percent of the equation,” Lithgow, the aging expert, said. “That means that there’s a whole lot of stuff out there, in terms of environment, everything we’re exposed to, that actually plays a much, much larger part — which is kind of good news, actually. It means that maybe we have some ability to control our own rate of aging.”

Brady and his “method” suggest that he has found the optimal blend of diet, exercise and sleep. Those factors certainly affect aging, Lithgow said.

“But — and it’s a big but,” he said, “with any of these interventions or systems, we can’t say anything about them until they’re subject to a normal double-blind clinical trial.”

“If you find something that works for you, that’s great,” Lithgow added. “That’s just looking after yourself, and it’s not science, and it’s not something you can necessarily recommend for your next-door neighbor because they may respond completely differently to it.”