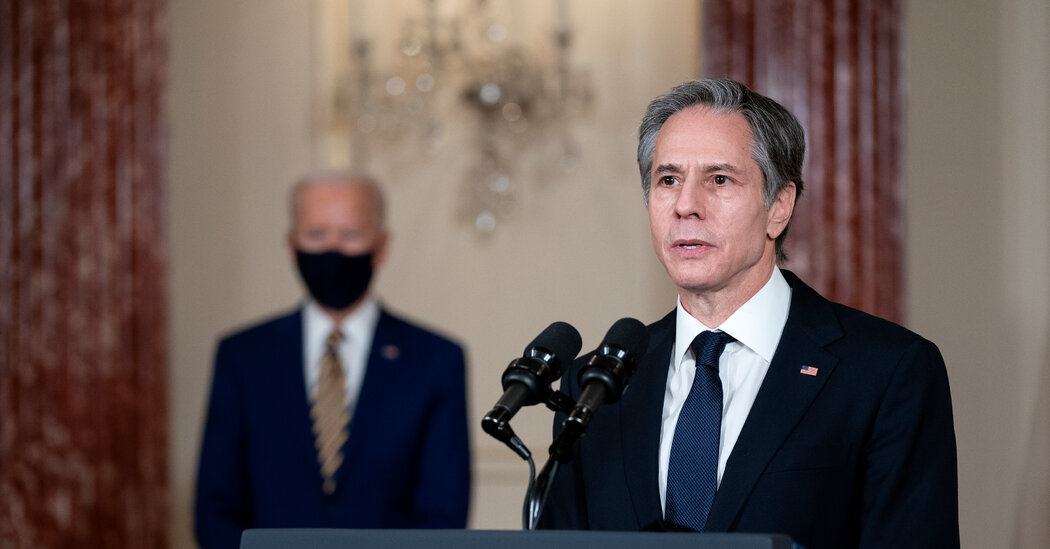 Secretary of State Antony J. Blinken is scheduled to announce that the United States will “re-engage” with the council as an observer, the official said. “We intend to do so knowing that the most effective way to reform and improve the council is to engage with it in a principled fashion.”

Mr. Trump withdrew from the council, the world’s most important human rights body, in 2018 over what he and his allies called unfair targeting of Israel. The departure made the United States the first country to leave voluntarily.

President Biden pledged during the presidential campaign to rejoin the council and help overhaul. But doing so is likely to cause a political backlash: Mr. Trump’s allies have warned that rejoining would effectively allow the body to continue ignoring human rights abuses committed by council members such as Saudi Arabia, China and Russia.

Nikki R. Haley, who was the American ambassador to the United Nations when Mr. Trump withdrew from the council, has called it “a cesspool of political bias” and has warned against rejoining.

“If Biden rejoins the council whose membership includes dictatorial regimes & some of the world’s worst human rights violators,” Ms. Haley wrote on Twitter last month, “it will fly in the face of our fight for human rights.”

The United States will return to the council as a nonvoting observer, and full membership will be assessed later this year. The move, reported earlier by The Associated Press, comes at a time when nations facing widespread criticism for human rights abuses have tried to influence how the council assesses wrongdoing. China, Cuba, Eritrea, Russia and Venezuela are all members.

At the same time, critics of the council have long accused it of dysfunction and of turning a blind eye to abuse by some members while punishing others. Last week, 40 House Republicans signed a letter urging Mr. Biden to rethink rejoining, saying the council was “disproportionately targeting” Israel over other members.

“Israel is the only country to be a permanent item on the council’s agenda,” the letter read. “This past year, the 43rd Human Rights Council Session adopted five resolutions condemning Israel, and only one each targeting Iran, Syria and North Korea.”

There are signs that the council is taking steps to change on its own. In January, Fiji, a nation with a record of supporting human rights causes, won election as president, a position that allows significant influence over setting the group’s priorities.

In recent years, Fiji has backed investigations into reported abuses in Venezuela, Belarus, Syria and Yemen, while encountering opposition from other members, including China.

The Biden administration is framing its decision as a way to accelerate those changes, and to rejoin a global community that Mr. Trump largely shunned during his time in office. In his first few weeks, Mr. Biden has rejoined the Paris climate accord and the World Health Organization, two frequent targets of the former president.

“We know that the council has the potential to be an important forum for those fighting tyranny and injustice around the world,” the State Department official said in a statement. “By being present at the table, we seek to reform it and ensure it can live up to that potential.”