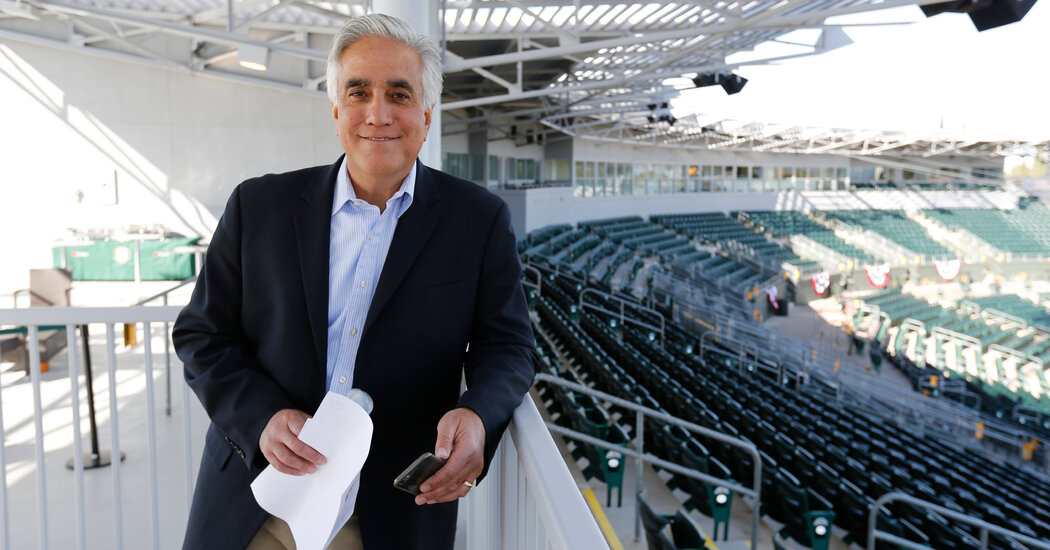 Pedro Gomez, a mainstay of ESPN’s coverage of Major League Baseball for much of the past two decades who went from the newspaper sports section to millions of television screens, died at his home in Phoenix on Sunday, ESPN and his family said. He was 58.

No cause of death was given by the network, which announced Mr. Gomez’s death late on Sunday night.

“We are shocked and saddened to learn that our friend and colleague Pedro Gomez has passed away,” James Pitaro, the chairman of ESPN and Sports Content, said in a statement. “Pedro was an elite journalist at the highest level, and his professional accomplishments are universally recognized. More importantly, Pedro was a kind, dear friend to us all. Our hearts are with Pedro’s family and all who love him at this extraordinarily difficult time.”

Tributes to Mr. Gomez, a son of Cuban refugees, poured in from across journalism and professional sports, including from several baseball franchises. Mr. Gomez’s son Rio Gomez plays for the Salem Red Sox, a minor league affiliate of the Boston Red Sox.

“Devastating news about Pedro Gomez,” Jeremy Schaap, the veteran sports reporter and an ESPN colleague, said on Twitter. “Such a lovely, kindhearted, talented human being. So proud of his family.”

Jason La Canfora, who covers the National Football League for CBS Sports, said on Twitter that he looked up to Mr. Gomez.

“I was blessed to meet Pedro Gomez as a cub reporter in college, and further blessed to be able to call him a friend,” Mr. La Canfora wrote. “He represented the best of us, as journalists and human beings.”

Mr. Gomez joined ESPN in April 2003 after spending 18 years as a baseball beat writer and columnist, including for The Miami Herald in his native South Florida, San Jose Mercury News, Sacramento Bee and Arizona Republic.

During his career, he covered 25 World Series and 22 All-Star Games, according to an ESPN biography, which said he attended the University of Miami and majored in journalism.

Mr. Gomez also chronicled some of the more sordid episodes of the national pastime. In 2007, there was Barry Bonds surpassing Hank Aaron’s home run record under a cloud of suspicion over steroid use. There was also the case of the Chicago Cubs fan Steve Bartman deflecting a foul ball during Game 6 of the 2003 National League Championship Series, which the then-Florida Marlins went on to win.

In 2016, Mr. Gomez and his son Rio were profiled by ESPN for a Father’s Day feature. That same year, he traveled to Cuba to report on an exhibition game between the Tampa Bay Rays and the Cuban national team, the first time a Major League Baseball club visited there in about two decades.

“Completely surreal to those of us Cubans and/or Cuban Americans,” Mr. Gomez said on Twitter at the time.

During the trip, Mr. Gomez took his father’s and brother’s ashes back to his family’s homeland, ESPN recalled.

Mr. Gomez was a member of the Baseball Writers’ Association of America and a voting member for the Baseball Hall of Fame.

In addition to his son Rio, he is survived by his wife, Sandra Gomez; another son, Dante; and a daughter, Sierra.