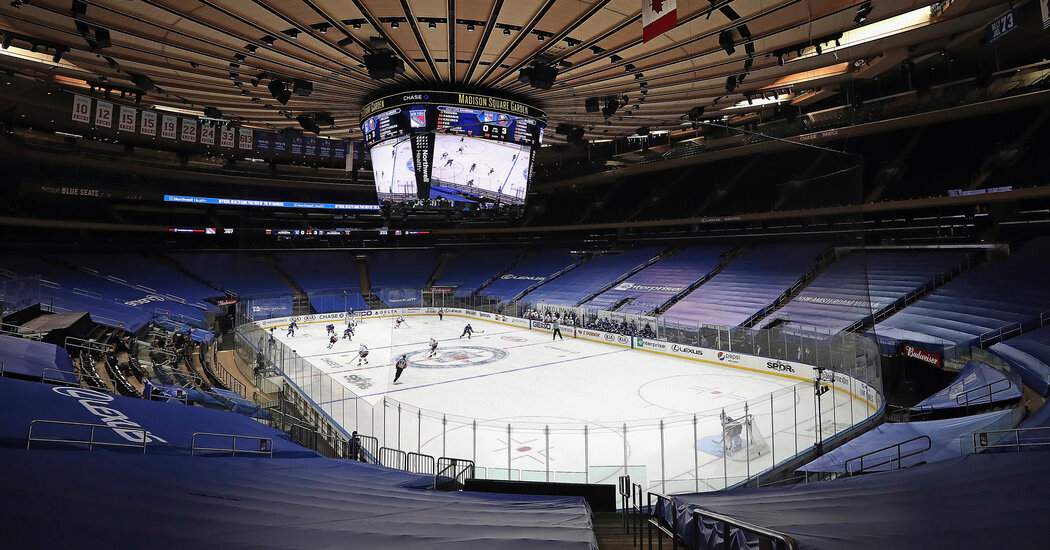 A limited number of fans will be allowed to attend sports and entertainment events in New York at large venues with some restrictions, Gov. Andrew M. Cuomo said Wednesday.

This means that sports franchises such as the Nets, Knicks, Rangers, Islanders and the Buffalo Sabres may be able to have attendees in the stands as soon as Feb. 23, the governor said. Venues that hold at least 10,000 people — which would include Madison Square Garden and Barclays Center — will be limited to 10 percent capacity.

Cuomo added that Barclays Center, in Brooklyn, had already been approved for fans on Feb. 23 for a Nets game against the Sacramento Kings.

All attendees will have to show proof of a negative P.C.R. test taken within 72 hours of the event, and the state’s Department of Health will have to approve each venue. Fans will also be required to wear face coverings at games and socially distance.

Cuomo said in a news conference on Wednesday that his goal was to “get this economy open intelligently and in a balanced way” while also trying to mitigate the spread of the coronavirus. He also cited the recent Buffalo Bills playoff game, which had roughly 6,700 attendees, as a model for other venues.

“The testing is the key,” Cuomo said. “We’re going to now extend the Buffalo Bills example.”

He said the new initiative would extend past sports and include concerts.

This is a developing story. Check back for updates.