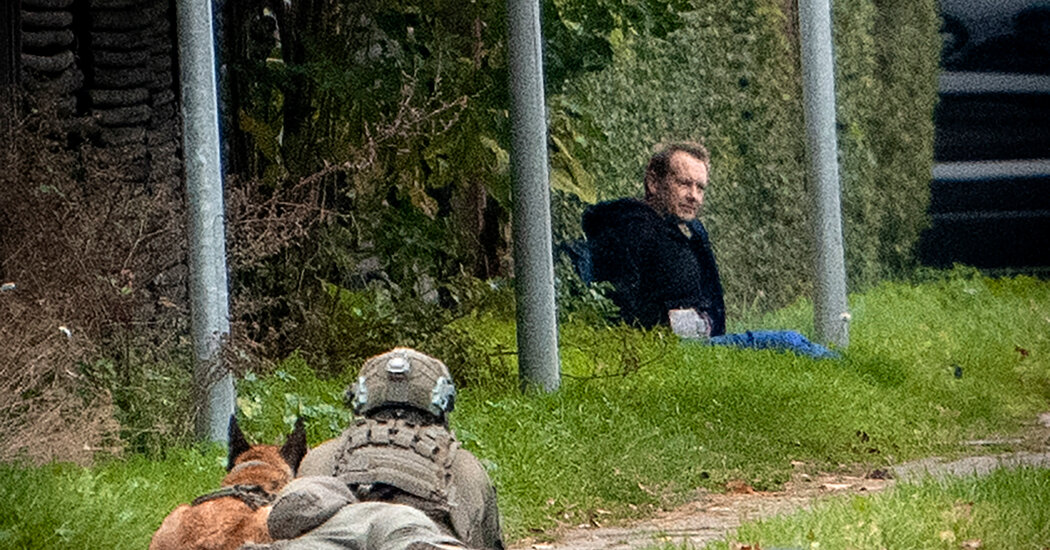 A Copenhagen court on Tuesday handed down a 21-month prison sentence to Peter Madsen, a Danish inventor convicted of murdering the Swedish journalist Kim Wall in 2017, for an attempted escape from jail last year.

Mr. Madsen had already received a life sentence in 2018 for the killing and dismemberment of Ms. Wall aboard his submarine, a gruesome murder that shocked Denmark.

Last October, Mr. Madsen escaped from Herstedvester Prison, on the western outskirts of Copenhagen, a jailbreak captured in sensational images on live TV. Using a mock gun and wearing a fake explosive belt, he threatened prison staff and made it about half a mile outside the prison walls, before being captured by armed police officers. Footage of his capture also showed bystanders at the scene screaming profanities at Mr. Madsen.

At the sentencing on Tuesday at Glostrup City Court, on the outskirts of Copenhagen, Mr. Madsen was also ordered to pay about 20,000 kroner, or about $3,200, to a psychologist whom he threatened to kill during the escape attempt, according to Ekstra Bladet, a Danish tabloid.

Mr. Madsen accepted the outcome, the court said. Mr. Madsen said that he had decided to escape because he found the conditions in prison intolerable, and that he had grown desperate after he was refused visits from his partner.

Prisoners who are sentenced to life in prison in Denmark can be eligible for release on probation after 12 years. The sentencing of Mr. Madsen on Tuesday will probably figure in future considerations for early release. After the attempted jailbreak, he was moved to Storstrom Prison, a high-security facility.

Ms. Wall, 30, disappeared after boarding Mr. Madsen’s homemade submarine to interview the inventor in August 2017. Her torso was later discovered on a beach in Copenhagen and Mr. Madsen gave conflicting accounts of her whereabouts before eventually admitting to dismembering her body. He was later charged with the premeditated killing of Ms. Wall.

Despite a short career, Ms. Wall had established herself as a creative and determined journalist, reporting for outlets including The New York Times. She grew up in Trelleborg, Sweden, and graduated from the London School of Economics, earning two master’s degrees from Columbia University. She embarked on a globe-trotting career and reported from countries including Cuba, Sri Lanka and Uganda. She had been days away from moving to Beijing with her boyfriend before her death.

“I want to know how the world works,” she wrote for a newspaper in Sweden in 2011, “and I hope that I maybe one day can learn enough to make a difference.”

A TV series, “The Investigation,” which fictionalizes the work by the police and detectives on the case, was released last year.