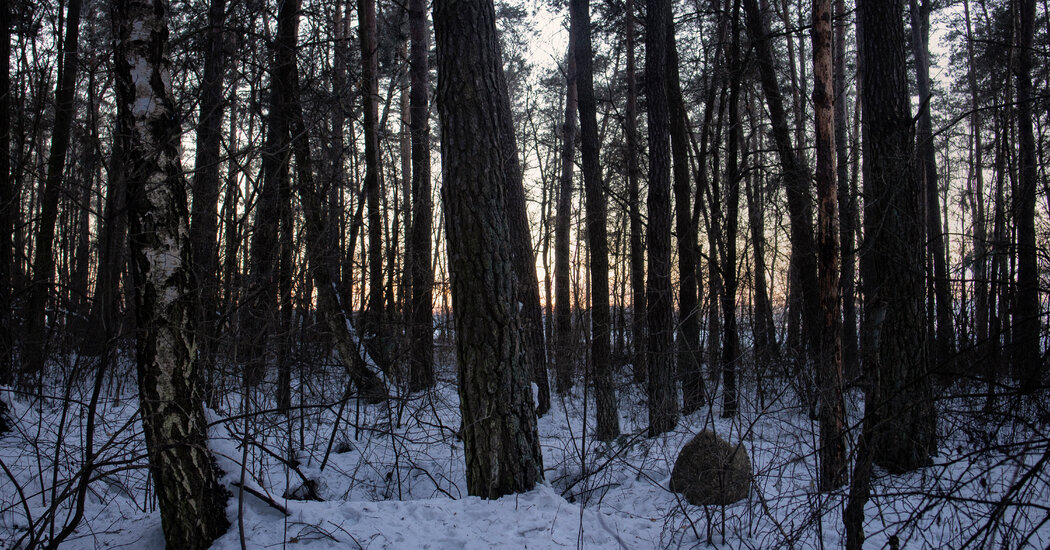 WARSAW — A Polish judge on Tuesday ordered two Holocaust scholars to issue a public apology for including “inaccurate information” in a two-volume academic study that delved into the role played by individual Poles in the murder of Jews during World War II.

The order came at the end of a closely watched libel trial brought by the niece of a wartime village mayor who, according to a Jewish survivor cited in a 2018 study coedited by the scholars, was complicit in the murder of 18 Jews who took shelter from the Nazis in a forest in eastern Poland.

But the judge, Ewa Jonczyk, rejected a demand for damages of $27,000 by the niece, Filomena Leszczynska, who was supported in her legal action by a partly state-funded organization dedicated to protecting the “good name of Poland and that of the Polish nation.”

Judge Jonczyk said she had ruled against awarding damages because court decisions “should not have a cooling effect on scientific research.” She also rejected a demand that the apology describe the wartime mayor of Malinowo village, Edward Malinowski, as a “Jew-saving hero.” The book had portrayed him as a thief and Nazi collaborator.

The libel case has caused alarm among Jewish groups and scholars around the world, who worry that Poland’s nationalist government, led since 2015 by the conservative Law and Justice party, wants to curb independent research into the Holocaust. The government has denied any involvement in the case.

Jan Grabowski, a Polish-Canadian history professor at the University of Ottawa and a defendant in the case, told Wyborcza Gazeta, Poland’s leading liberal newspaper, that “I find it hard to accept this particular ruling.” He said he would appeal.

The second defendant is Barbara Engelking, a historian with the Polish Center for Holocaust Research. “I don’t feel guilty,” she said after the verdict in a video statement.

Professor Engelking said the issues “we are supposed to apologize for have no basis in fact.” She said her account of the wartime mayor’s actions, which included both helping and betraying Jews, was based on the postwar testimony of a Jewish woman whom he had aided and also robbed.

“This case shows that in the history of the Holocaust, there are no black-and-white situations,” Professor Engelking said.

The two scholars edited “Night Without End,” a 1,700-page study of Polish behavior under Nazi occupation from 1939 to 1945. During that time, around three million Jews were killed on conquered Polish territory, mostly in Nazi death camps but also sometimes by their Polish neighbors.

The book infuriated nationalists by describing the complicity of individual Poles in the murder of Jews. That is something that patriotic versions of Poland’s history, which stress Polish suffering during World War II, have sought to avoid.

“The conclusion drawn from the numbers is grim: two out of every three Jews looking for rescue died — most often because of their Christian neighbors,” the scholars wrote in the introduction.

While declining to award damages, the judge’s order that the scholars publish an apology on the website of Ms. Engelking’s research center and send a written apology to Ms. Leszczynska, the wartime mayor’s niece, marked a victory for the Polish League Against Defamation, the driving force behind the case, and other nationalist outfits.

Maciej Swirski, the head of the League, welcomed the court’s decision, posting a message on Twitter that Ms. Leszczynska is “fighting for all of us so that we don’t have to bear the stigma ascribed to us by historians as perpetrators of the Holocaust.”

“The history of the Holocaust requires independent scholarly research that must not be subject to inappropriate efforts at pressure by politicians and the courts,” said a statement by the Conference on Jewish Material Claims Against Germany, a major sponsor of historical research on the Holocaust, and the World Jewish Restitution Organization.