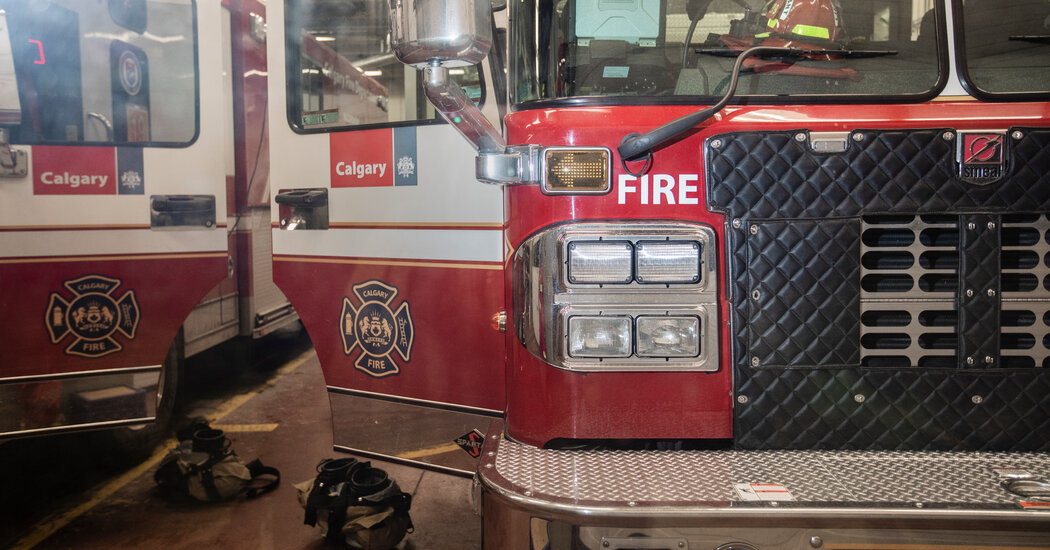 But decades of migration have transformed the social fabric and politics of Calgary, Alberta’s biggest city, which elected a Muslim mayor more than a decade ago. Today, about one-third of the city’s residents are Black, people of color, or Indigenous, according to City Hall.

Mr. Coy said tensions between the old and new Alberta had boiled over into racism at the fire department, Canada’s third-largest, where, he said, a culture of nepotism still held sway.

This summer, after thousands of antiracism protesters took to the streets of Calgary, the city held three days of public hearings on the issue of local systemic racism.

Among those testifying was Shannon Pennington, a veteran firefighter. He described an episode about a decade ago, when a large pink panther stuffed toy was smeared with black shoe polish on its face and hands, and hung with a rope around its neck from the rafters of Calgary’s Fire Station 5. The toy was wearing a uniform belonging to a Black firefighter.

“It was a mock lynching,” said Mr. Coy, who said he counseled the Black firefighter. “I was outraged but the victim didn’t want to do anything because he feared a backlash.” The alleged victim did not return phone calls.

Elder Doreen Spence, 83, an Indigenous nurse who counsels minority firefighters, also testified about the case of Barry Dawson, an Indigenous firefighter, who rose to the rank of captain and who took his own life in November 2017, at age 47. Ms. Spence, who had dinner with Mr. Dawson the night before he died, said in an interview that he had told her about being bullied repeatedly about his hair, which he wore long to honor his culture.