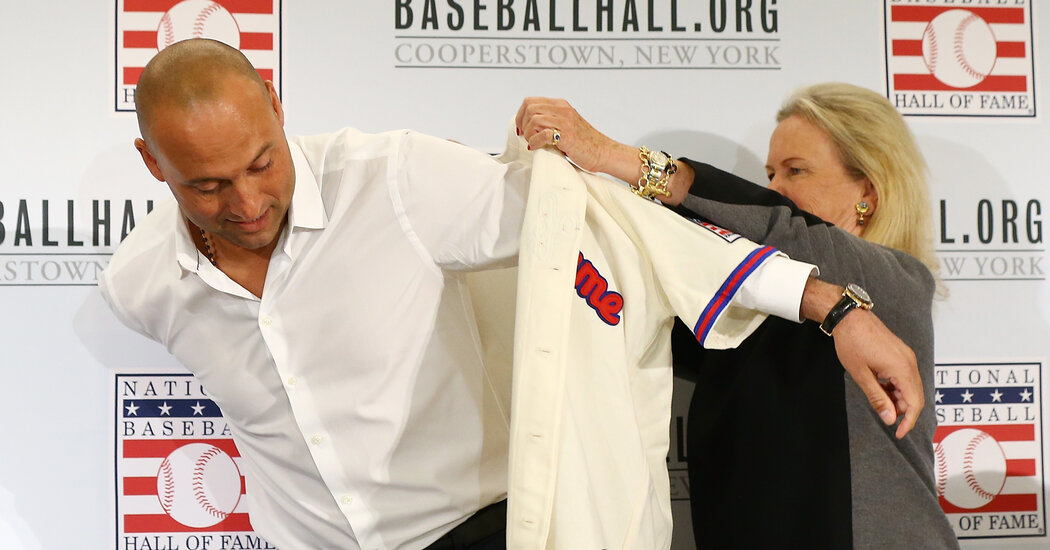 The Baseball Hall of Fame induction ceremony is that rarest of major events: free to spectators, with no strict capacity. The price you pay is in the effort to get to Cooperstown, N.Y., a quaint upstate village by Otsego Lake. The reward is a spot on a field beside the Clark Sports Center, with the greatest players in history gathered on a stage.

But with that setting comes a problem the Hall of Fame cannot solve. For the second consecutive year, there will be no induction ceremony open to fans. Last year’s event was canceled because of the coronavirus pandemic, and the Hall announced on Friday that this year’s will be moved to an indoor Cooperstown location as a “television event” on MLB Network — with no fans allowed.

What was once expected to be a record crowd for the induction of Derek Jeter, the longtime Yankees captain, will now be no crowd at all. Jeter, Larry Walker, Ted Simmons and Marvin Miller — the 2020 class — will be honored on July 25, with only friends and invited guests allowed to watch in person.

“It’s very tough with some of the logistics,” Tim Mead, the Hall of Fame’s president, said by telephone from Cooperstown on Friday. “It’s a lot of territory, and because it’s not ticketed, it’s not like the venues that are opening up, where there’s assigned seats and you can make plans and say it’s a party of three of four or whatever. That would just be very problematic with our infrastructure in order to keep it here in Cooperstown.”

Moving the ceremony out of Cooperstown — perhaps to an outdoor venue with a controlled seating arrangement — had little appeal for a hidebound institution. Even without fans, the bucolic setting is a destination for returning Hall of Famers and a seemingly irreplaceable part of the event.

“The history is here in Cooperstown,” Mead said. “That’s part of what the members of the Hall of Fame family look forward to. It affords them the opportunity to do other things, aside from just the ceremony itself.”

The Hall of Fame’s other awards — for baseball writing, broadcast excellence and lifetime achievement — are traditionally presented the day before the induction ceremony at Doubleday Field, a small ballpark just a long home run down Main Street. Those awards, including one for the longtime sportscaster Al Michaels, will also be presented indoors this year.

If the Hall of Fame had opted to stage any events outdoors — or to hold its annual parade, which was also canceled — it could have tempted fans to make the trip, even if just for a distant glimpse of Jeter and the other stars. While the museum is open at 25 percent capacity (about 400 visitors at a time), the hope is to discourage the usual flood of tourists squeezing into a small village at the same time.

“It’s just not fair to the community to put ourselves in that position,” Mead said.

The Hall of Fame said it would follow all New York State health guidelines in staging the event. The baseball writers, unwittingly, did their part to keep attendance down: No players gained the required 75 percent for election last month, assuring no newcomers to an especially limited gathering.