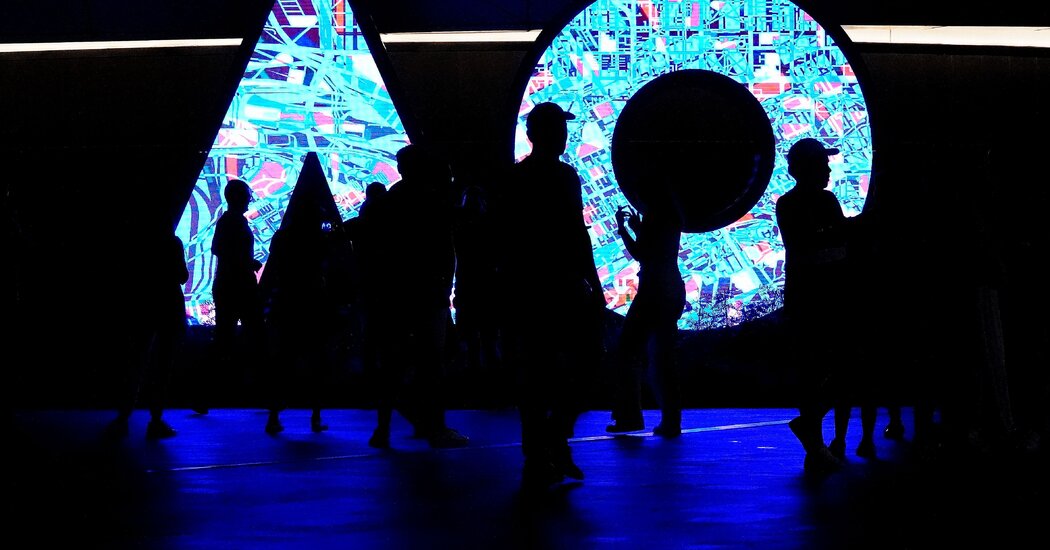 All morning, rumors swirled around the tournament grounds, whipped into a tempest by spectators half-watching matches while they scrolled through their news feeds and studied texts from friends and family members.

After Andrews confirmed the worst of the rumors, a bottleneck formed in the aisles, with spectators exiting the stadium to call airlines to rebook flights hurrying past those still filing inside. Two fans, Lauren Grundeman and Belinda Brown, waited until after Williams closed out her match to call Qantas Airways. Anticipating that flight schedules would be slashed in the coming days because of the lockdown, they wanted to move up their return travel to Sydney and leave in a few hours’ time.

“We were too late,” Grundeman said. “All the flights today sold out a half-hour ago.”

Grundeman and Brown considered themselves fortunate to secure seats for a Saturday afternoon return. They weren’t sorry that they came. It was worth the inconvenience, they said, to see Williams inch closer to a record-tying 24th Grand Slam singles title.

Williams is a charismatic headliner, but the atmosphere was lacking its usual fizz, said Grundeman, who regularly attends the Australian Open. The lines to get inside, which are usually long, were nonexistent on Friday. There were no Swedes with national colors painted on their faces. No Dutch decked head to toe in orange. Grundeman described the energy as “flat.”

Friday’s announced attendance, on a day tailor-made for soaking up the sun and world-class groundstrokes, was 22,299. Many Melburnians had said in interviews and letters to newspapers that they were forgoing this year’s event out of an abundance of caution. Brown said she couldn’t blame them.

“If I was local, I’d be a bit like, we don’t need people coming and bring extra cases,” she said.

Julie Dunlop rose before the sun and phoned her daughter. They held tickets to the day session Friday but Dunlop was discomfited by television reports that a lockdown — or “the dreaded L-word,” as she called it — was imminent. Should they soak up the sunshine before holing up in their houses? Or was the prudent play to stay away?