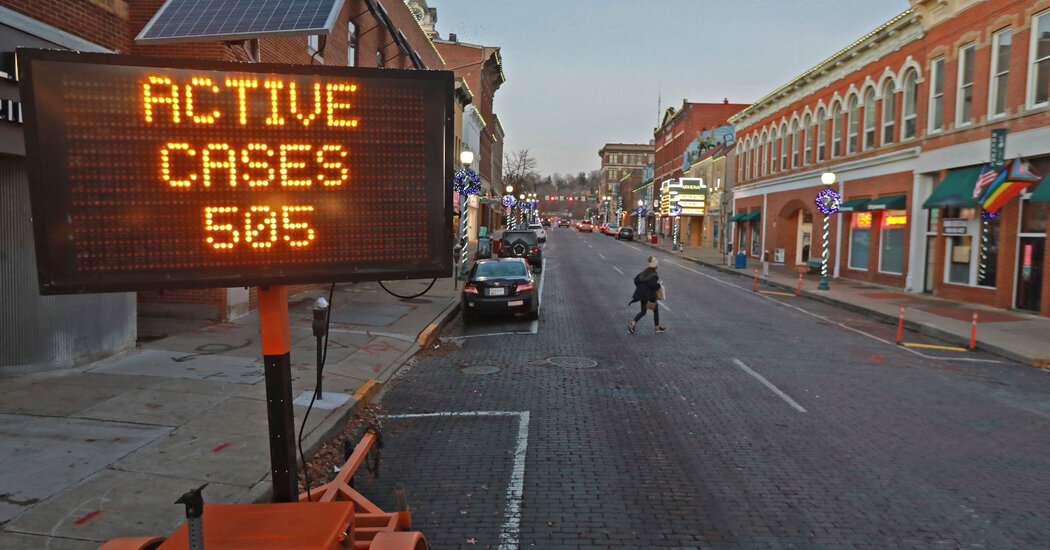 Ohio health officials said they had overlooked about 4,000 deaths that occurred over the past several months and would begin reporting them to the public this week. The announcement came just as deaths nationwide had started to ebb after peaking in mid-January.

The first 650 or so of Ohio’s older deaths were reported Thursday, accounting for about 17 percent of all coronavirus deaths announced nationwide that day. The backlog in Ohio was expected to inflate the national death average in the coming days.

“You’ll see a jump today, tomorrow, maybe the next day,” Gov. Mike DeWine said at a news conference on Thursday. “We’re not sure exactly how many days it’s going to take, but you’re going to see a distorted number.”

During a routine employee training event, Ohio health officials discovered that thousands of deaths, some of which dated back to October, had not been properly merged between one reporting system and another, according to the state’s Department of Health. “This was a failure of reconciliation not taking place,” Mr. DeWine said, “so we’re getting that straightened out.”

The unreported deaths represent a significant portion of the state total. Through Thursday, about 12,500 deaths had been announced statewide over the course of the pandemic.

Ohio is not the first state to report a major backlog of cases or deaths. Earlier this month, Indiana added more than 1,500 deaths to its total after reviewing death certificates. In June, New York City reported hundreds of deaths from unspecified dates. And in September, Texas reported thousands of backlogged cases, causing a one-day spike.