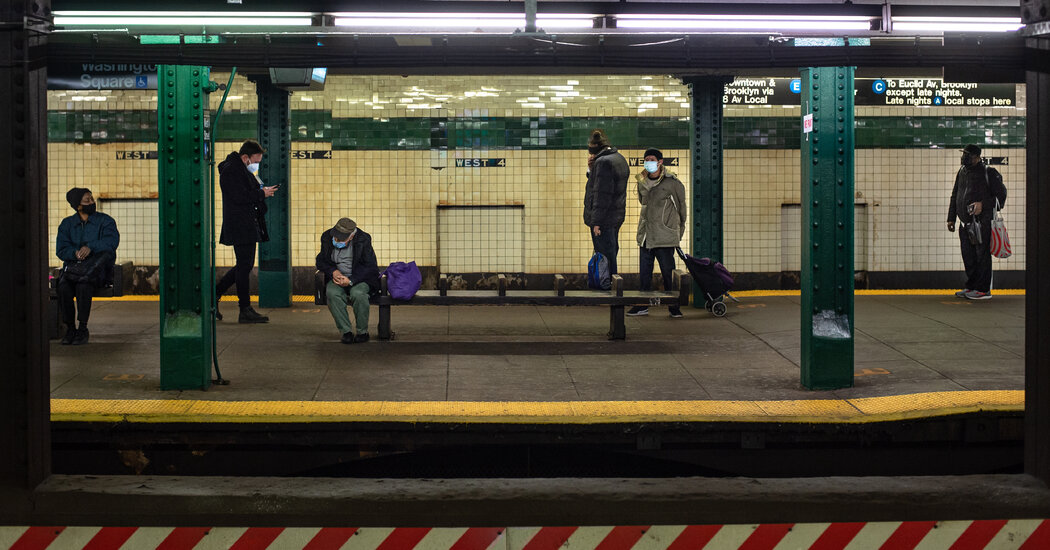 Subways in New York will soon resume running longer into the night, transit officials announced on Monday, marking a step toward the full reopening of city life amid the coronavirus pandemic.

Starting next Monday, the subway system will only close for cleaning from 2 a.m. to 4 a.m., instead of the current daily closure of 1 a.m. to 5 a.m., officials said during a news conference. They described the move as the beginning of a “phased reopening,” although they did not say when trains would again operate around the clock.

The regular overnight closure — the first in the system’s history — began last May, as the pandemic ripped through New York. Gov. Andrew M. Cuomo, the Metropolitan Transit Authority, which oversees transit in New York City, mandated the nightly closures of the city’s famously 24-hour subway system to allow the entire system to be disinfected, a move he said was needed to reduce the spread of the virus.

The nightly cleaning of the trains will continue during the abbreviated closures, officials said.

The pandemic has decimated the finances of cities across the country and hollowed out their transit agencies — in some smaller cities fledgling systems could be forced to shut down completely. In Minneapolis, commuter rail ridership was down more than 98 percent last May compared to the previous year, according to the city’s transit agency.

On Monday, Washington’s Metrorail reduced its frequency of service for three lines during rush hour to “better match customers’ travel patterns during the pandemic” and to manage costs, the transit agency said in a statement. Its operating hours will remain unchanged, it said, though ridership on the Metrorail has declined nearly 90 percent from pre-pandemic levels.

In New York, Mr. Cuomo and other officials had previously said the subway would fully reopen only at the pandemic’s end. The phased opening appeared to signal a new approach.

In recent months, the governor has come under mounting criticism from transit activists who have argued the closure was hurting thousands of essential workers who have been forced to find alternative ways to travel at night.

About 80 percent of overnight subway riders are people of color, and a third are low-income, activists and several New York City council members noted in a news release last week urging Mr. Cuomo to restore service.

As freezing weather has gripped the city this winter, supporters of homeless New Yorkers have also voiced concerns about the shutdown.

For decades, the city’s sprawling subway system also has offered a shelter of last resort for thousands of homeless New Yorkers who are wary of the city’s often crowded and sometimes violent shelters and prefer to seek sanctuary in the subways round-the-clock heated trains.

Now, homeless people living on the streets are confronting a dangerous mix of winter weather and a lack of indoor public spaces, such as subway stations, trains and fast-food restaurants, that once offered a respite each night.

Critics of the nightly closures also have noted that scientists long ago concluded that the coronavirus spreads primarily through inhaled droplets, not surfaces. There is little evidence that contaminated surfaces can spread the virus.

Still, on Monday, Mr. Cuomo said the cleaning was important.

Clean trains may also help the transit agency lure back riders, as people return to work but remain worried about packed spaces. Ridership on the subway system has plateaued at around 30 percent of pre-pandemic levels in recent months.

Danny Pearlstein, a spokesman for the Riders Alliance, a transit group, praised the decision to shorten the nightly closures. But he urged the governor to fully reopen the subway system.

“Tens of thousands of riders depend on overnight subway service,” he said. “The governor’s partial reopening is an important step forward. Riders will continue to press for full reopening in light of the M.T.A.’s clear ability to clean trains and the pressing need for more eyes on the system to keep New Yorkers safe.”