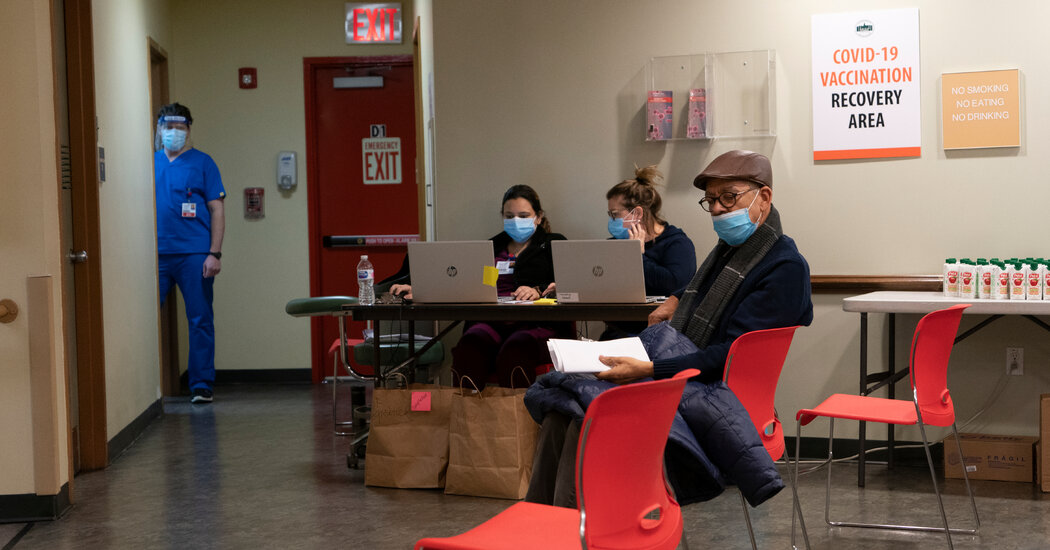 More than 34 million Americans have received Covid vaccines, but the much-touted system that the government designed to monitor any dangerous reactions won’t be capable of analyzing safety data for weeks or months, according to numerous federal health officials.

For now, federal regulators are counting on a patchwork of existing programs that they acknowledge are inadequate because of small sample sizes, missing critical data or other problems.

Clinical trials have shown both of the vaccines authorized in the United States — Pfizer-BioNTech’s and Moderna’s — to be highly protective against the coronavirus and safe. But even the best trials have limited ability to detect adverse reactions that are rare, that occur only in certain population groups or that happen beyond the trials’ three-month period.

In interviews, F.D.A. officials acknowledged that a promised monitoring system, formally called the Biologics Evaluation Safety Initiative but more widely known as BEST, is still in development. They expect it to start analyzing vaccine safety data soon, but probably not for another month or two.

The government is now relying mostly on a 30-year-old monitoring system that relies on self-reporting from patients and health care providers, known as the Vaccine Adverse Event Reporting System, or VAERS, and a smartphone app that people who get vaccinated can download and use to report problems.

So far, few serious problems have been reported through these channels and no deaths have conclusively been linked to the vaccines. There have been a few severe allergic reactions, but they are treatable and considered rare. To date, the rate at which the potentially fatal reaction called anaphylaxis has occurred — 4.7 cases in every million doses of the Pfizer-BioNTech vaccine, and 2.5 cases per million for Moderna’s — are in line with the rates of other widely used vaccines.

Bruising and bleeding caused by lowered platelet counts have also been reported, though that could be coincidental. In total, 9,000 adverse events were reported, with 979 serious and the rest classified as nonserious, according to the most recent C.D.C. report available.

In interviews, public health experts, including current and former officials at the F.D.A. and the C.D.C., said that funding shortages, turf wars and bureaucratic hurdles had slowed BEST’s progress.

But even BEST will suffer from a data problem that hinders existing systems. Because the vaccines are free, there is a dearth of health insurance claims to show who got which vaccine and when — information crucial to tracking vaccine safety.