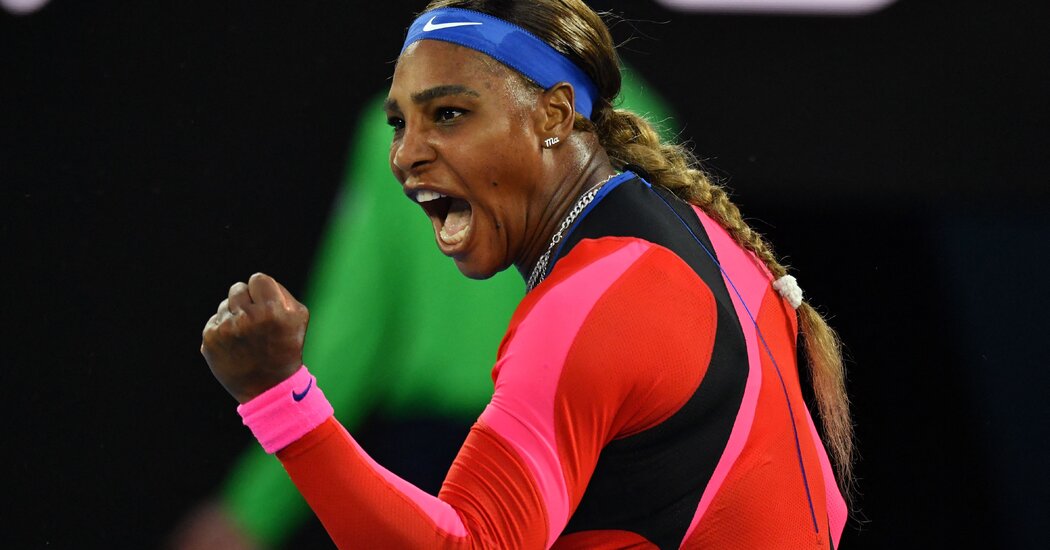 MELBOURNE, Australia — Serena Williams was not about to let Simona Halep derail her run to a 24th Grand Slam singles championship. Not again.

The summer of 2019 may seem like a lifetime ago in a world reeling from a pandemic that is taking a second lap of the calendar. But for Williams, the scab from her humbling loss to Halep in the Wimbledon final that July remains as fresh as the day Halep held her to four games on the All-England Club’s hallowed grass.

Williams’s 6-3, 6-3 victory against Halep on Tuesday in the Australian Open quarterfinals was not as surgical as the dismemberment that Halep administered in their previous meeting, a performance that Billie Jean King described as “one of the most perfectly executed matches I’ve ever seen.”

On Tuesday night, Williams put only 55 percent of her first serves in play, a much lower rate than she expects of herself. She finished with more unforced errors (33) than winners (24). But on the key points, Williams’s moxie and her motor won the day.

With Halep serving at 3-3 in the second set, Williams won a 20-stroke rally to earn a break point, then secured the break on a 12-stroke point. Two days after she was extended to three intense sets and more than two hours by Aryna Sabalenka, Williams, 39, was spry enough to outrun and outlast the second-ranked Halep, who is 10 years younger.

“I feel pretty good with that performance,” Williams said. “I feel like I needed to have a good performance obviously today, especially after my last match against her.”

The 2019 Wimbledon final was the third of four that Williams has played since she won the 2017 Australian Open to pull within one Grand Slam title of equaling the career record held by Margaret Court. She is one victory from earning another shot at it, but to get there she will have to defeat another player who derailed an earlier run.

That would be the third-ranked Naomi Osaka, who handed Williams a 6-2, 6-4 defeat in the 2018 United States Open final — the first of Osaka’s three Grand Slam titles. Osaka, 23, who won the U.S. Open again last year, extended her winning streak to 19 matches earlier Tuesday with a straight-set victory against Taiwan’s Hsieh Su-wei.

After her victory, Osaka said she planned to stay up to watch the battle between Halep and Williams, though not necessarily to find out who she would face next.

She was not alone. No fans were allowed inside Rod Laver Arena because of a five-day lockdown imposed after the Australian authorities detected a cluster of coronavirus infections in the area. But Williams and Halep had a crowd of roughly five dozen spectators anyway, as people associated with the tournament slipped into seats to watch.

“I feel like everyone in the tournament watches her,” Osaka said, referring to Williams. “Like, whenever I go to the locker room or whatever, there’s always just people lounging around and stuff, watching her match.”

Since Williams last won a Grand Slam title, a lot of the attention in women’s tennis has shifted to Osaka. In 2020, she supplanted Williams as the highest-earning woman in sports on the strength of more than $30 million in off-court endorsements. Her rise led a reporter on the eve of this tournament to ask how she was dealing with being seen as the face of women’s tennis.

“As long as Serena’s here,” Osaka replied, “I think she’s the face of women’s tennis.”

Who is Williams to argue? She has worn a diamond-encrusted “QUEEN” necklace during all her matches.

Thursday’s meeting with Osaka will be Williams’s 40th Grand Slam semifinal. It will also be her first time squaring off against Osaka in a Grand Slam since their 2018 final in New York, a match that turned turbulent when Williams argued with the chair umpire, who called three code-of-conduct violations against her. The incident turned the crowd against him, and indirectly, Osaka, souring her moment of victory.

In the afterglow of her quarterfinal victory, Williams’s smile didn’t waver when she was asked about her relationship with Osaka.

“I think we both have had closure,” Williams said of the 2018 final. She added, “I think she’s a great competitor and a cool cat.”

Williams and Osaka might have squared off in another U.S. Open final last year if not for the heel injury that hampered Williams in her semifinal loss to Victoria Azarenka. Unlike Osaka, who skipped last fall’s rescheduled French Open because of a strained hamstring, Williams played at Roland Garros less than three weeks after the Open. She won her first match before pulling out of the tournament, a decision that proved providential.

When the start of the Australian Open was pushed back three weeks because of the pandemic, Williams was gifted with three open months on her calendar, a welcome block of time that she used to heal her injury and improve her conditioning.

According to Patrick Mouratoglou, who has been Williams’s coach since 2012, she rededicated herself to the unglamorous work of improving her fitness, with an emphasis on footwork and speed.

“It’s a lot of little details that make a big difference,” he said.

The daily conditioning grind she endured through November and December has allowed Williams to run down balls and extend rallies in February. Known for her attacking style, Williams’s best offense in her past two matches has been her defense.

“She’s moving better,” conceded Halep, adding: “It’s much easier for her to hit the balls. It’s tougher for the opponents to finish the point.”

Williams “has a really good game,” Halep said. Then she caught herself. Laughing, she said, “She always did.”