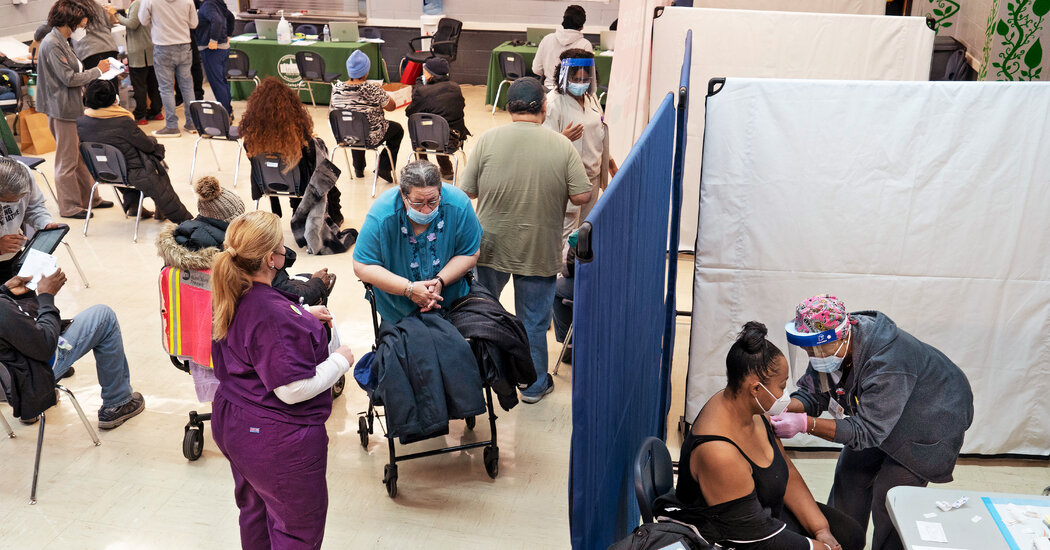 The experts I interviewed said they understood why Biden had set only modest public goals so far. Manufacturing vaccines is complex, and falling short of a high-profile goal would sow doubt during a public-health emergency, as Barry Bloom, a Harvard immunologist, told me. If he were president, Bloom added, he would also want to exceed whatever goal was appearing in the media.

But setting aside public relations, experts say that the appropriate goal is to administer vaccine shots at roughly the same rate that drug makers deliver them — with a short delay, of a week or two, for logistics. Otherwise, millions of doses will languish in storage while Americans are dying and the country remains partially shut down.

“We should be doing more,” Jennifer Nuzzo, an epidemiologist at Johns Hopkins, said. “I am kind of surprised by how constrained we’ve been.” Many vaccine clinics operate only during business hours, she noted. And the government has not done much to expand the pool of vaccine workers — say, by training E.M.T. workers.

The newly contagious variants of the virus add another reason for urgency. They could cause an explosion of cases in the spring, Hotez said, and lead to mutations that are resistant to the current vaccines. But if the vaccines can crush the spread before then, the mutations may not take hold.

“We need to be laser focused on getting as many people vaccinated now as possible,” Dr. Paul Sax, a top infectious-disease official at Brigham and Women’s Hospital in Boston, told me.

As my colleague Katie Thomas, who covers the vaccines, said: “The future looks bright — if we can do vaccination quickly enough, if people actually want the vaccines and if the variants don’t mess with the plan.”

‘Our historic moment of crisis’

Nobody doubts that vaccinating three million Americans every day for months on end would be a herculean task.