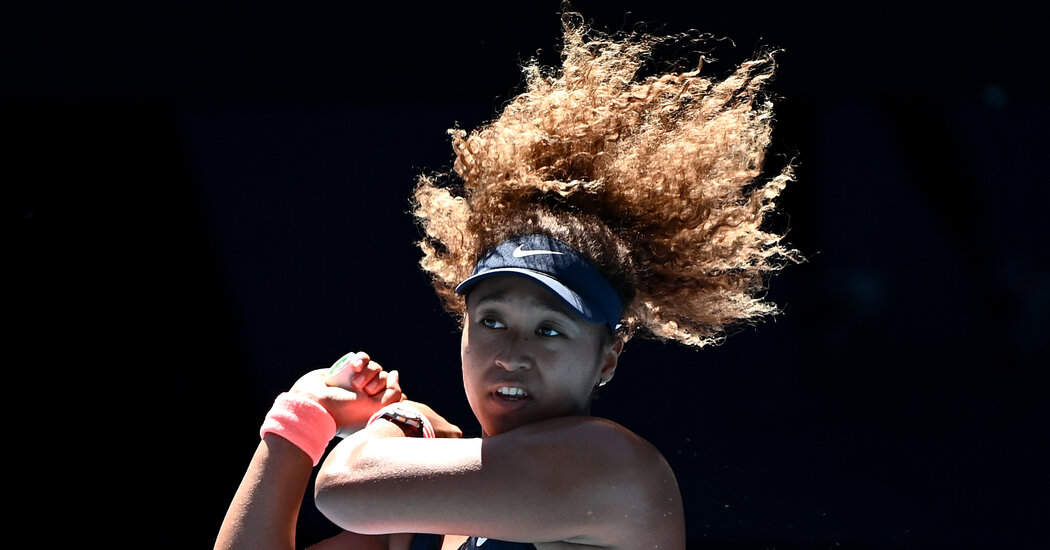 How to watch: The match is at 3:30 a.m. Eastern time on Saturday on ESPN, ESPN Deportes and ESPN+. There will be an encore showing at 8 a.m. on ESPN2.

Osaka may hit a milestone no woman has reached since 2012.

As the world’s highest-paid female athlete and a three-time Grand Slam champion, Naomi Osaka, 23, has already established herself as a global sports superstar.

If Osaka adds one more title, she will reach rarer air.

The last woman to win a fourth Grand Slam title was Maria Sharapova, at the 2012 French Open. The Williams sisters and the Big 3 men (Roger Federer, Rafael Nadal and Novak Djokovic) all reached four long before that. Andy Murray, Stan Wawrinka and Angelique Kerber each have three.

Even with a fourth title, Osaka would still have room to prove herself beyond hardcourts. She has yet to reach the fourth round on the clay of the French Open or the grass of Wimbledon.

Brady is part of a strong group of American women.

Compared with American men’s tennis, which has no player in the world’s top 20 and hasn’t produced a Grand Slam winner since 2003, there is a bumper crop of talent in the American women’s ranks. Jennifer Brady, 25, is vying to be the third American woman to win a Grand Slam title since Serena Williams won her most recent one at the 2017 Australian Open. She would join Sloane Stephens, who won the 2017 United States Open, and Sofia Kenin, who won last year’s Australian Open.

Considering that four other American women have reached Grand Slam semifinals in that stretch — Madison Keys, Danielle Collins, Amanda Anisimova and CoCo Vandeweghe — it’s clear that Brady has been helped by not needing to carry the entire weight of a nation’s expectations.

It’s not how you start.

Brady was one of the players who had to complete so-called hard quarantines — meaning she was not allowed to leave her hotel room for 14 days — because a person on her charter flight to Australia tested positive for the coronavirus. She lost the practice privileges many of her peers enjoyed.

With a positive attitude and diligent help from her coaching team, however, Brady persevered: She was the only woman who experienced the hard quarantine and advanced to the fourth round of the tournament.

Osaka, in contrast, was one of the handful of top players who were sent to a different city entirely, Adelaide, where they enjoyed more access to courts and larger accommodations that included outdoor balconies.

These big hitters met in the Big Apple.

Even after having won three Grand Slam finals, each dramatic in its own way, Osaka singled out that match as one that stuck with her.

“It’s easily one of my most memorable matches,” Osaka said on Thursday. “I think it was just super high quality throughout.”

Brady was torn over whether the experience she had gained from that loss would help her in the final.

“Yes, I think I can take away the positives from that match and learn maybe what I did wrong that I wasn’t able to come away with the result,” Brady said Thursday. “But also no, because I also don’t want to compare matches or compare performances and try to replicate that, because every match is different.”

Brady and Osaka go way back.

Osaka was born in Japan, and Brady in Pennsylvania, but the two encountered each other early in their tennis careers. They both migrated to the tennis hotbed of Florida as children and played each other in youth tournaments there.

Early in their professional careers, in the fall of 2014, Brady and Osaka faced off in the first round of an International Tennis Federation $50,000 tournament in New Braunfels, Texas. Brady won the match, 6-4, 6-4, but remembers being impressed by her opponent.

“I think she was just coming up maybe inside the top 200, and I remember playing her,” Brady said Thursday. “I was, like, ‘Wow, she hits the ball huge. She’s going to be good.’”