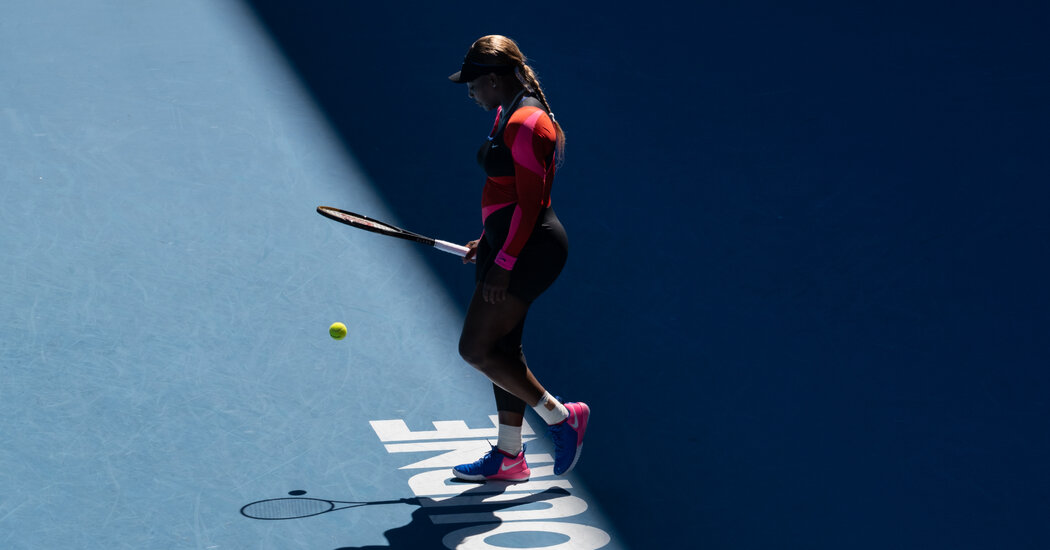 If the past is a reliable guide — as it has been since her first professional match, a dismal loss in a low-level event when she was only 14 — she will come up with a way to bounce back. She will rationalize defeat, and tell herself she could have beaten Osaka if only she had avoided easy mistakes. She will summon energy from anyone now questioning her ability to win on the biggest stage.

She will focus, too, on how well she played in Melbourne up until that loss. The coronavirus pandemic allowed extra time for Williams to heal, clear her mind and renew her spirit. She came into the tournament in her best shape since returning from maternity leave. In the quarterfinals, she pummeled Simona Halep, who had defeated Williams handily in the 2019 Wimbledon final.

Williams played Halep on Tuesday with a vengeful clarity not seen in years. Watching the match unfold, I couldn’t help but think of the Australian Open final in 2009, when she destroyed Dinara Safina, 6-0, 6-3, in just under an hour. Williams was 27 then. She won her 10th Grand Slam singles title.

A few days after the tournament, I went to her Los Angeles condominium for an interview. I won’t forget the moment when I remarked that the win over Safina was one of the quickest in Grand Slam finals history — and she cut me off immediately. “Fastest in two years,” she said, a glint in her eyes, before reminding me she had beaten Maria Sharapova in a similar fashion at the Australian Open in 2007.

The greatest champions remember everything. They are keenly aware of what they have done and what’s still out there to prove. They grow so used to overcoming opponents that motivation comes mostly from chasing history. That’s why a 43-year-old Tom Brady won’t stop after winning yet another Super Bowl title. It’s why LeBron James won’t stop at age 36 — while he is two N.B.A. championship rings behind Michael Jordan. And why Roger Federer will soon return to tennis after recovering from a knee injury at 39.

Williams is made of the same stuff. The long-ago past is her only real opponent. Court’s record, 24 singles Slams won in the 1960s and ’70s, is still out there, waiting to be tied and perhaps surpassed. And Williams, to her credit, keeps putting herself in contention, keeps putting herself on the line, even if it means sucking up searing defeats.