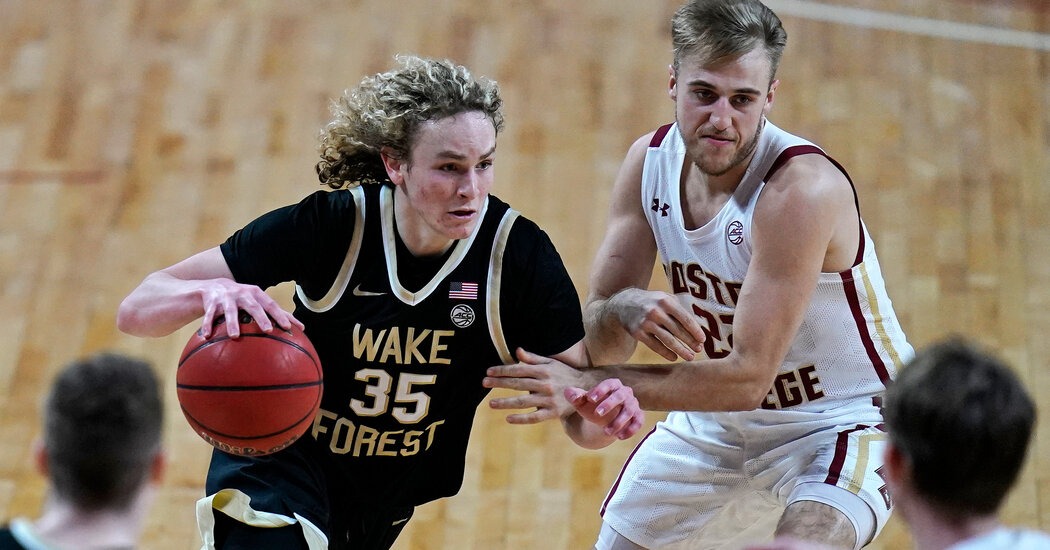 Colleges tend to have more sophisticated Covid-19 protocols than high schools do, so they are safer places for players, Williams said.

Many players are enrolling early with an eye toward a pro career.

Durugordon, a 6-7 forward from Queens, spent the fall semester at Putnam Science Academy in Connecticut before enrolling early at Missouri. He will redshirt this season.

“My goal has always been to make the N.B.A. as soon as possible,” he said, “and although I’ll be redshirting the remainder of the season, I just felt like getting there as soon as possible will help me develop my game, improve, get stronger and faster with all the great resources they have there.”

Like Memphis’s Nesbitt and Rutgers’s Jones, Durugordon will have a head start on recruits or transfers who join the Missouri program next fall. Some college coaches are explicitly encouraging players to enroll early to get an edge on competitors.

“Because the year in college doesn’t affect their N.C.A.A. clock, you can easily persuade, and I don’t want to say pressure, kids,” Brewster Academy Coach Jason Smith said. “I had one of my players be told by a college coach, ‘When the music stops, you want to make sure that you have a chair.’ And I said to my assistant: ‘He’s at Brewster Academy. I think he’s going to have a chair.’”

Rosters will be crowded next season, with some teams carrying more than 13 players depending on how many seniors return. Jones will be competing for playing time at Rutgers with returning players. It’s possible the entire roster could return. At Memphis, Nesbitt will be looking to beat out older players for playing time.

Some believe the competition within teams will lead to more transfers.

“Next year I see huge numbers of changes in terms of transfers,” Syracuse Coach Jim Boeheim said. “The fourth or fifth man can leave now because he’s not getting enough shots. You’re going to have to be recruiting year-round, the whole summer guys will be leaving and thinking about leaving.”