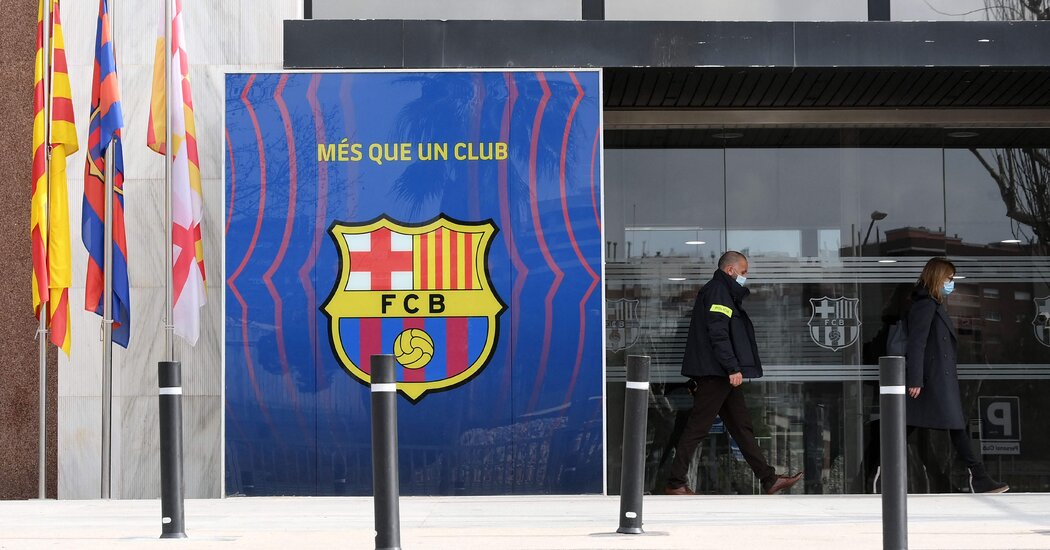 Messi’s contract allows him to leave at the end of this season, but he has said he has not decided what he will do.

Bartomeu has been fighting negative headlines for more than a year, and his tenure as president, which began amid an earlier scandal in 2014, has been marked by periods of turbulence. Last spring, six members of the club’s board resigned and went public with their criticism of Bartomeu.

At the heart of their falling out was the contract with 13 Ventures, and allegations that it was behind fake social media accounts — purporting to be Barcelona supporters — that attacked those perceived to Bartomeu’s opponents. Those included Victor Font, an outspoken candidate to be the club’s next president, and popular players like Messi and Piqué.

The team’s finances are also more precarious than at any time in its recent history. Earlier this year, it published financial statements showing it owed more than 1 billion euros, about $1.2 billion, to its lenders, tax officials and rival clubs, with more than 600 million euros required to be paid in the short term.

The club has entered emergency talks with banks to find a solution to its problems, and club officials are also weighing selling some of the team’s commercial assets to investors to raise as much as $250 million.

The club has played without spectators this season because of the coronavirus pandemic, as is the case for most teams in Europe, and the team’s revenue forecasts have cratered. The club’s cavernous Nou Camp stadium and museum are ordinarily two of the most visited tourist sites in Spain, and the loss of those revenues and other income could reach as much as 600 million euros, club executives recently told The Times.

On the field, the picture is hardly better.

Even though Messi returned, the club’s performance has been a shadow of its dominating past. Barcelona endured yet another Champions League humiliation last month, losing by 4-1 against Paris St.-Germain in the first leg of its two-game, round-of-16 match. The defeat means elimination from this year’s tournament is all but assured.