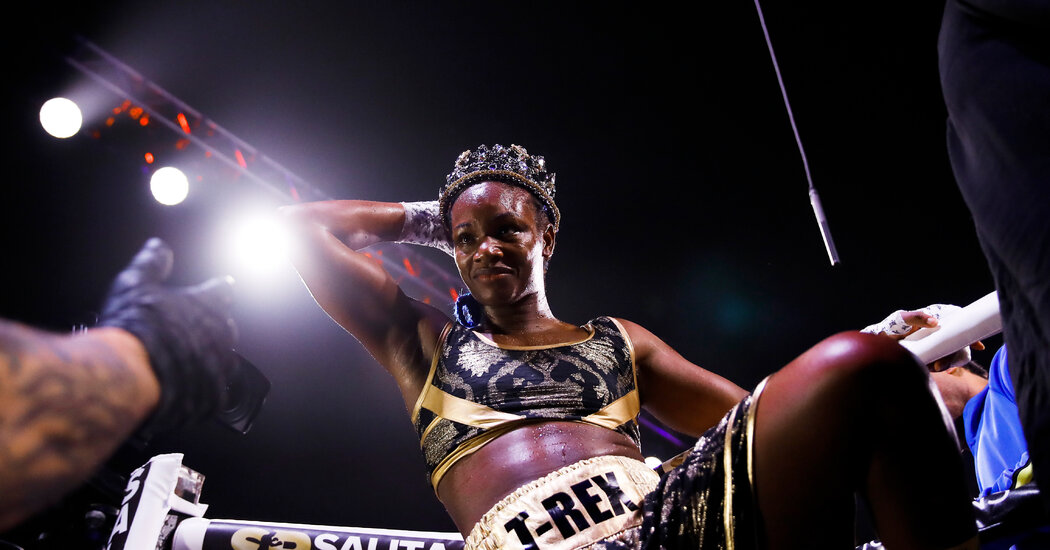 Shields said she had long dreamed of becoming a two-sport champion and has envied how well M.M.A. has marketed female fighters. She likes that M.M.A. often puts women on cards with men and tells more nuanced back stories about its fighters — she has an idea for a story about fighters being awesome babysitters and chefs — making them more appealing to fans.

Holly Holm, the former U.F.C. champion who made the transition from boxing to M.M.A., credits U.F.C. president Dana White for making the sport much more hospitable to women than boxing is. White quickly realized how many fans women can bring to the sport after he signed Ronda Rousey, U.F.C.’s first female fighter, in 2012, and she became one of the sport’s biggest stars. Before taking the chance on Rousey, White had said women would never fight in the U.F.C.

“Boxing needs someone like him willing to put their neck out there for women and to give them the exposure they need,” Holm said. “Look at Christy Martin, she was on the undercard of Mike Tyson and was on the cover of Sports Illustrated. Laila Ali was Muhammad Ali’s daughter. Talented women deserve to be seen. They need someone consciously pushing for that to happen.”

And once women are seen in boxing, Holm said, fans will come back for more and the sport will grow, which is Shields’s plan for this Friday’s event. She hopes a big audience will prove her worldwide reach. However many people tune in, whether it’s 20,000 or 120,000, she said she’ll take it, and then build on it.

Her dream is for an all-women’s sports network to show women’s boxing all the time so that fans, including her nieces and nephews, know where to tune in to see a great women’s fight. At the very least, the channel would give her another activity to count on for babysitting nights, she said with a laugh.

“I’m not pushing for equality just for me because, you know, I’ve had a pretty good career so far,” she said. “I’m doing it for all the young people after me. I want people to think about me someday and say, ‘Claressa Shields was so much bigger than just boxing. She helped change the world.’”